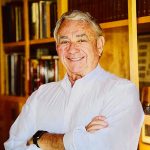 Governor Tommy Thompson ’66 loves his native state; from his 1,800-acre family farm in Elroy to the people who call this great state home.

The longest-serving governor in Wisconsin history, Thompson’s career is one of service to his fellow man, from responding to the 9/11 terrorist attack as United States Secretary of Health and Human Services to serving as President of the University of Wisconsin System.

Why did you decide to go to law school?

I decided I wanted to go into elective politics, and I wanted to run for office. To do that, I knew I needed more than my political science and history degree, so I decided a law degree would help me meet that goal. I met with Dean George Young, who said there were some openings in the freshman class. So, I took the test, scored high enough to get in, and started classes in the fall.

Speaking of your time at UW Law, what is your favorite Law School memory?

Oh, there are so many. The individual people you meet in your classes remains with you your whole life. I keep in touch with some of my law school friends. They’re great people at different stages of their lives and careers.

The friendships you make, the professors you meet, the classes; it all really rounds you out as a person and makes you ready for life and for your career. And those are the memories I have: building those foundations. I couldn’t be happier to have had the opportunity to go to UW Law and get a degree and go on and do what I did in politics.

How did your UW Law School education inspire your career?

Law school prepares you in so many ways. It allows you to learn how to speak better, articulate your views better. That’s all extremely important in the career that I chose. Law school also teaches you how to do research. It really teaches you all the elements of being a good person and a successful lawyer. It brings out the best in you and helps you develop your rough spots, whether you decide to pursue law or not.

You’ve had a diverse professional life – serving as the Wisconsin Governor, U.S. Secretary of Health and Human Services, UW System President. What were some of the challenges or highlights you witnessed during your professional career?

I’ve had so many highlights and difficulties. Most recently, I served as the President of the University of Wisconsin System from July 2020 through March 2022, one of the largest university systems in the country with 39,000 employees serving 162,000 enrollees at 13 campuses. As president, I came in and we were in a terrible situation. I called the chancellors together about whether we were going to start school in the Fall of 2020. I decided we were opening the school. They fought me on it, but it was my decision, and it was the right decision. It really helped save the university and gave the students a much better education. Despite the objections of many, I used my experience as the former Secretary of Health and Human Services to gather the data necessary to provide the insights needed to assure all campuses opened with the resources needed to provide a safe in-person learning environment in the fall of 2020 and we opened.

Back in 1986, I’m elected as governor and I haven’t even been sworn in, and Chrysler pulls out of Kenosha. And so that was big–a real economic challenge for the state. And while I was governor, I launched what became the country’s blueprint for modern welfare reform and started the school choice and charter schools movement which has been embraced by nearly every state–it’s still a big issue.

As Secretary of Health and Human Services, after just nine months on the job, 9/11 happened. The President of the United States was in Florida at the time, and the Vice President was trying to figure out what was happening. I knew that I had to move, and I knew there were a lot of people who needed medical supplies and doctors. So, I declared — and I still don’t know if I had the authority to do it — but I called my lawyers and at 10 a.m., I declared a health emergency in the country because I wanted to make sure I was able to get medical supplies into New York and wherever else it was needed. I was able to get a plane in the air (I was the only one to get a plane in the air) to deliver 50 tons of medical supplies from the Centers for Disease Control to New York. I was able to get that done by 5 p.m. I was also the first person up to see 9/11 in person, even before the president. I went up there and walked around and developed programs and met people in the hospitals and delivered resources to the hospitals that had patients and more. It was a huge undertaking.

During my career, I also started The Global Fund to fight AIDS and tuberculosis. It’s still one of the largest programs to fight international health problems across the world that’s been formed, and it’s still going. So, I feel like I’ve had a positive impact on the state, the country, and the world. Those are a few examples.

You touched on this a bit above, but what was the most rewarding aspect of your career?

The best job I ever had was governor. There’s no question about it. Being governor and being able to do things for the state of Wisconsin, to build the economy, to build social services, improve the education system of the state, that was always the most rewarding for me.

Aside from that, helping steer the country through 9/11 as United States Secretary of Health and Human Services was a big deal, and creating The Global Fund, as was helping the University navigate and get students back into school during the pandemic. Those were all big accomplishments.

What’s something about yourself that always surprises people?

Usually my name because there are very few people whose given name is Tommy. People are very surprised Tommy is my legal name, not Thomas. Even during my first election, people tried to challenge me because they thought it wasn’t my real name, and they tried to get me off the ballot. I had to bring in my birth certificate to prove it!

Another thing that surprises people is the fact that I’m an active farmer and get out on a tractor and raise 100 pure-bred belted galloways on the farm. 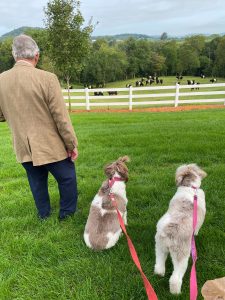 I read that you live on your family farm in Elroy. Can you talk a little about farm life, it’s challenges and rewards?

I think anybody who grows anything is a better person. It brings out the better part of a person. You have so many concerns from the weather to taking care of the animals that it makes you a better person and it teaches you about life. I think that’s a positive thing. I thoroughly enjoy it. If I have any spare time, I love walking through the woods, through the pastures, with the cattle, and see what’s going on.

How did your farm upbringing shape you and your beliefs, and what impact does it continue to have on you today?

First off, it really teaches you how to work. Very few occupations set you out to work as hard as you do as a farmer, and that really develops character. It develops a work ability. In law school, you’re able to spend long hours on the books and work part-time. Farm life helped me develop that work ethic that I’ve carried through life. It also makes you a more responsible person. You must take care of the crops and the cattle. All of these things are darn important in one’s life, no matter if you’re a lawyer, a teacher, a business person, it all really develops you as an all-around person.

I couldn’t be happier to have grown up in a farming community and now running a family farm. My farm that I own was homesteaded by my great-grandfather from Ireland in 1860. He homesteaded 120 acres and I’ve expanded it into 1,800 acres. For me to have the opportunity to walk the hills and the valleys and the fields that my predecessors walked is remarkable. I think it makes you a better person to know that you’re carrying on something your ancestors had the courage to start. He had five years in which to clear the land, build a house and grow the crops. Then he got his acreage from the federal government. If he hadn’t been able to do that, he wouldn’t have gotten the acreage. I’m carrying on a legacy that was started by my great-grandfather, my grandfather, and my mother. It’s quite exciting.

What’s your favorite book, and why?

I have so many favorites. I like mysteries and I like history, and I’ve read all of Bill O’Reilly’s books and I think that they’re very well researched. Killing Lincoln is probably my favorite.

And finally, who were your favorite law professors?