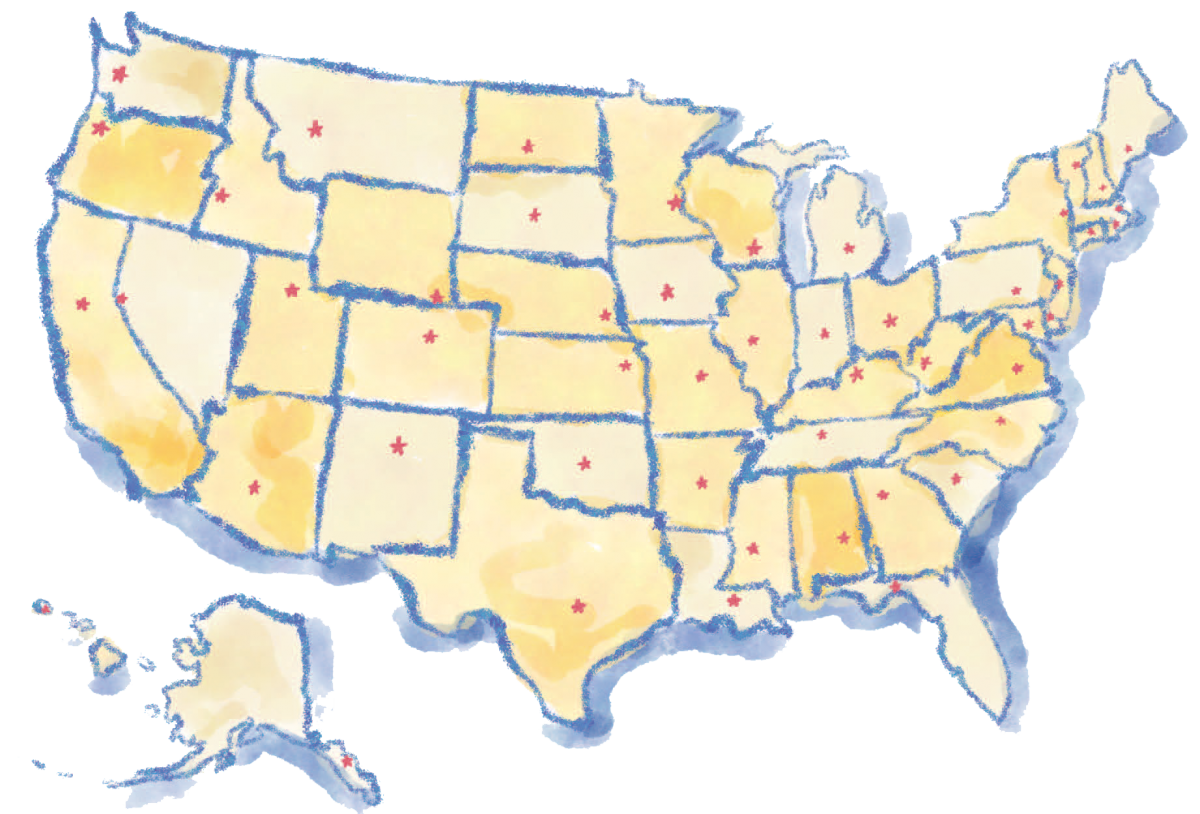 The initiative is both a source of research and expertise and a hub for collaborations and conversations. Part of its mission is to produce rigorous research and analysis on questions of state democracy, state government, and state public law.

“In addition, the initiative facilitates convenings among researchers and engages in nonpartisan education efforts to strengthen state democracy,” says Legal Research Director Allie Boldt. Through its work, the initiative aspires to draw more attention to these understudied issues.

State-level issues too often get overlooked in favor of national-level issues, says Yablon.

“The 2020 presidential election and the pandemic response were stark reminders that state actors routinely make decisions that are every bit as consequential as the ones emanating from their federal counterparts,” he says. “Although state legislatures, executives, and courts sit at the heart of the American democratic system, researchers, activists, and commentators tend to fixate on the federal level while giving short shrift to the states.”

An important premise of the initiative’s work is that ignoring state-level issues causes significant problems for the legal system and democracy.

“Our collective lack of attention to the states isn’t just an academic grievance or a civics nitpick. It’s a real problem for our legal system and our democracy,” wrote Seifter in a blog contribution titled “Bringing States Into the Spotlight.” Academics and law schools can play a part in addressing this problem by “directing our attention and expertise to statehouses, not just to DC,” she continued.