University of Wisconsin Law School has completed the largest capital campaign in its history. UW–Madison launched its All Ways Forward comprehensive campaign in October 2015. As a part of this effort, the Law School set the goal of raising $35 million. UW ended its campus-wide campaign in December of 2021 with the Law School exceeding its goal with $49.8 million raised. 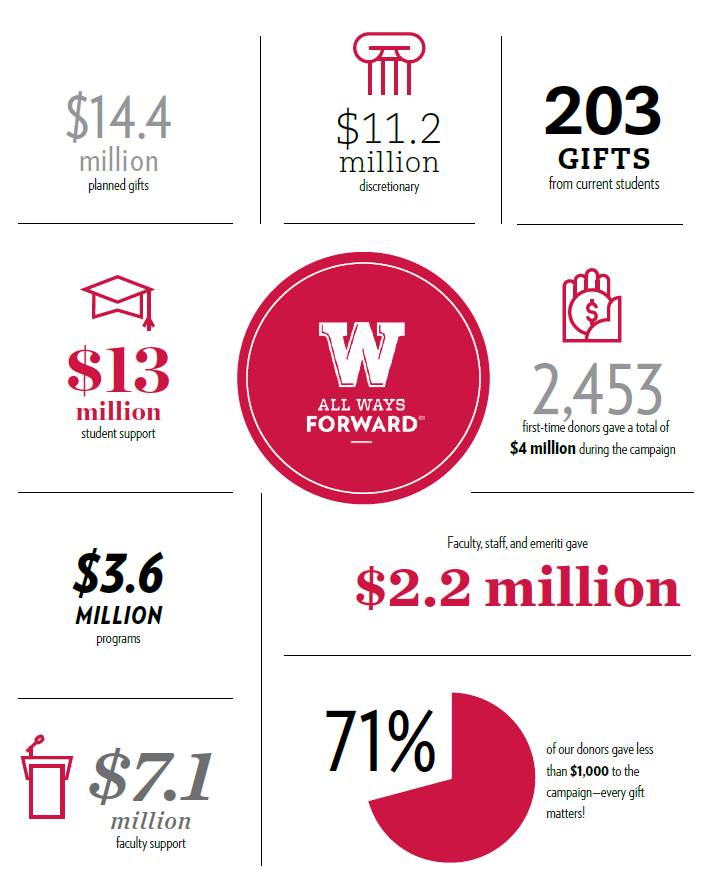 Student scholarships were the largest target for the campaign. The added resources from donors came at a critical time in law school admissions, where institutions must be competitive with financial aid packages to recruit high-quality students.

“We are deeply grateful to everyone who supported the Law School in this campaign,” said Rebecca Scheller ’07, Associate Dean for Admissions and Financial Aid. “The gifts received during the All Ways Forward campaign increased our resources for financial aid and broadened pathways to serve our students, who will change the world for the better.”

One of the leading highlights of the comprehensive campaign for UW Law was the opportunity for the school to honor its first African American faculty member, the late James E. Jones Jr. ’56, with a chair named in his honor.

“We are delighted to have the first fully funded faculty chair on the UW–Madison campus named after an African American faculty member,” said Tokaji. “It’s remarkable that, decades after his retirement, Professor Jones still inspires his former students to band together in his honor.”

The All Ways Forward campaign also served as a catalyst for the Law School to increase its efforts to expand its faculty and the resources needed to fulfill its research, teaching, and service mission.

The successful conclusion of the campaign does not mean that the work is done.

“We must shift our focus to our faculty—the backbone of any law school,” said Tokaji. “Our reputation and stature, as well as the quality of instruction that our students receive, depend on having world-class professors who are leading scholars in their fields. Alumni support for faculty hiring and retention is therefore critical to UW Law’s future success.”

Top to bottom, left to right: