While scanning the National Registry of Exonerations, Wisconsin Innocence Project attorney Cristina Bordé noticed some striking statistics. The number of Caucasian and African American inmates exonerated for wrongful convictions matched or exceeded the percentage of those groups in prison, while Latino or Hispanic exonerees were vastly underrepresented: they accounted for only 12 percent of exonerees despite making up 22 percent of the incarcerated population. Of the 22 inmates exonerated by the Wisconsin Innocence Project since 1998, only two are Latino.

Bordé, a native Spanish speaker who grew up in Colombia, knows firsthand how inaccuracies in translation and interpretation can lead to misunderstandings, and she suspected that a lack of culturally competent attorneys might be part of the problem. “Perhaps the reason for the underrepresentation was because lawyers weren’t aware of the additional factors that might contribute to wrongful convictions of Latinos,” she says. 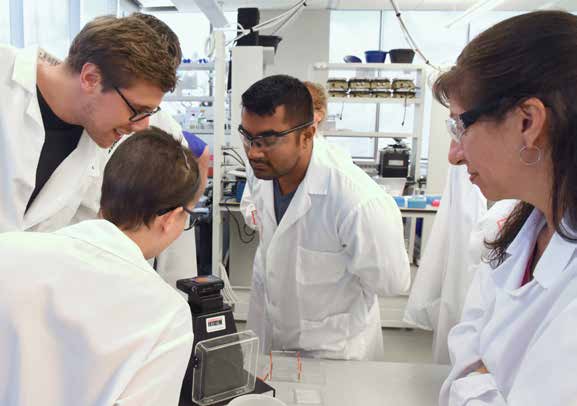 That inspired Bordé to launch the Wisconsin Latino Exoneration Program, one of the first in the nation to focus on Latino or Hispanic inmates. Funded by a two-year, $633,000 grant from the US Department of Justice, the program focuses on cases in which DNA testing can be used to prove innocence. The program’s staff includes Bordé, fellow supervising attorney Maria de Arteaga ’15, and intake specialist Yvonne Geerts. Bordé and Geerts are bilingual and de Arteaga speaks conversational Spanish.

“This program is truly law in action,” de Arteaga says. “By recognizing there is a disparity with Latinos with claims of innocence and making concerted efforts to address the disparities, we’re helping a segment of the state that can sometimes be left behind.”

Language can be a barrier even if there’s a court interpreter, Bordé points out. “Was that interpreter qualified, how do we know what was said when the transcript isn’t available in Spanish, and how does the client know that what he said was translated correctly?” Bordé asks. “It might look like someone is trying to cover up information when it’s a translation issue.”

Sometimes attorneys or police officers who speak some Spanish may conduct out-of-court interviews without interpreters, or a defendant who speaks some English may try to get by on his or her own. Another factor: witnesses who are undocumented immigrants often will not come forward because of fear of deportation.

“These are all parts of the problem that should, if anything, lead to Latinos being overrepresented among exonerees, and yet they’re underrepresented,” Bordé notes.

To raise awareness of the program’s free legal services, the team first reached out to Spanish and English media outlets and sent letters to more than 2,500 Latino or Hispanic inmates in Wisconsin. “In our outreach we’ve come across a number of cases of Latinos who we think we could really help, but DNA evidence is not available and we can’t work on it with the grant money,” Bordé says. “We’re hoping to find a way to work on those cases, even though we have limited resources.”

After sifting through more than 100 applications, the program is actively investigating a handful. A two-student team is assigned to each case. 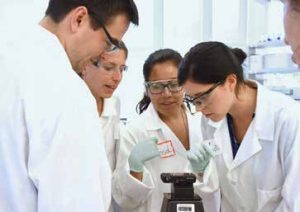 “We have enthusiastic, hardworking, smart law students who are really committed to working for these clients, who are putting in hours far beyond the credit hours they have signed up for. We could never do this without them,” Bordé says. “It’s very gratifying to be able to provide those high-quality, free services and to teach a new generation of law students how to understand these cases and provide culturally competent representation.”

The average time from conviction to exoneration is 21 years. Investigating an innocence case can take many years, but the program’s grant funding runs out in 2018. “Two years is not a long time, but we’ll do our very best to move things along and hopefully whatever we can’t get done, the Wisconsin Innocence Project can take over,” de Arteaga says. “Being able to provide, at a minimum, a case review to a segment of our state that just hasn’t had a lot of legal representation is huge. We’re helping people who can’t otherwise tell their story and who can’t ask for help because of the language barrier alone, and to give a voice to those people is great.”