When Voss-Bascom Professor of Law Emeritus William H. Clune first started gathering research for a 2019 University of Wisconsin Law School event honoring Professor Emeritus Herman Goldstein, he had no idea that he’d stumbled on his next book project.

It began as a paper about four influential Law School courses developed between 1950 and 1970, including Goldstein’s, that cemented UW Law’s position as a leader in the Law-in-Action tradition. As Clune conducted interviews with other legendary professors about that heady time at the Law School, he realized that his material deserved a more lasting venue. The resulting book, Legal Realism to Law in Action: Innovative Law Courses at UW–Madison, was edited by Clune and released by Quid Pro Books in December 2021.

“It’s a vital part in the history of the Law School and how it became one of the main places in the whole country for teaching Law in Action, the practical consequences approach to law,” said Clune. “There was a burst of innovation that resulted in new and creative courses that all took a turn toward looking, in a very realistic way, at the effects of law on ordinary citizens, and on business, and on the practice of law, in a way that is not very well captured by the kind of appellate courses that were typically taught in law schools. Many people appreciated the increased relevance these courses had in so many ways.”

In the book’s introduction, Friedman writes: “Wisconsin is still an important law school, and it can still be described as ‘innovative.’ But much of its strength, much of its ethos, can be traced to that golden age of the 1950s and 1960s; the era of Willard Hurst and Frank Remington, very notably, and the other members of a strong faculty, who served during that period.”

But the book isn’t simply a starry-eyed tribute to the time. The contributors also take a hard look at both Wisconsin’s strengths and missed opportunities, and, at times, disagree with each other’s perspectives on the past.

“The book is like a mini public square where these people’s voices and work come together briefly,” said Clune. 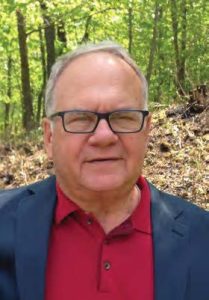 Clune arrived at UW in 1971, just after the period the book highlights. But the world outside the Law School was changing dramatically in the wake of the Civil Rights and Second-Wave Feminism Movements, and those inside the Law School were eager to incorporate that perspective into their teaching and scholarship.

“Dirk Hartog and many other legal historians became interested in women and the law. Faculty were hired to teach various civil rights courses. Equal pay and hiring in the workplace were buttressed by sophisticated data analysis,” said Clune. “I became involved in critical legal studies, which was a bridge between legal realism and a way to look at the effect on oppressed peoples. So many of these things require knowledge and data about what’s happening out there in the real world.”

That Law-in-Action approach is still relevant today, even if the courses have evolved to fill gaps or address new and emerging areas, Clune said.