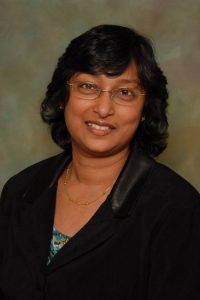 The fate of climate refugees whose homes will be lost to rising seas. Courts granting rivers legal personhood. Constitutions proclaiming the right to a healthy environment.

As climate change continues to shape our planet’s present and future, new challenges are emerging — and so are innovative responses to the crisis.

“Climate change is one of the biggest challenges we’re facing as humanity, and it’s affecting the entire world,” says Sumudu Atapattu, director of research centers at UW Law School and an expert in international environmental law and human rights. “As a law school, we have a particularly important role to play in educating law students about the need to include climate change in whatever they do, because every area of law will be affected by climate change.”

Atapattu’s new book, The Cambridge Handbook of Environmental Justice and Sustainable Development, was released by Cambridge University Press in April. Atapattu and her coeditors blended legal frameworks on the issue with case studies from around the world, with a focus on the intersection of environmental injustice and the oppression of marginalized people.

“It’s exciting because it has not been studied much. There are struggles around the world, but it’s exciting to see so many people trying to make a difference, trying to give a voice to these marginalized communities,” Atapattu says. “Some of these are success stories, which is inspiring. It’s not all doom and gloom. Even in our backyard in the U.S., there’s so much going on with environmental justice, and it’s interesting to see how it’s interconnected with what’s happening in other parts of the world.”

Environmental justice victories range from residents of Queens, New York, who succeeded in shuttering a power plant that had been the biggest polluter in the city to an initiative that improved indoor air quality in rural India by providing families with cook stoves. But the industrial giants and most affluent societies continue to contribute most to the problem of environmental degradation, while the poor and marginalized suffer the most, Atapattu notes.

“People are affected by environmental justice issues disproportionately,” she says. “Many of them are poor so they’re less likely to be able to protect themselves from historic catastrophes. And these pollution sources tend to be concentrated in areas of minority communities. The impact is not just due to the environmental issues, but years of colonialism, marginalization, and discrimination.”

“We need to adopt a holistic approach,” she says. “Unless we address the root causes of the problems, it’s going to be hard to find proper solutions. It is important to see how vulnerabilities as well as forms of discrimination intersect with one another.”

The legal field could play an important role. For example, the rights of nature are an emerging legal construct around the world, whether it’s protecting a river that’s important to Indigenous communities or recognizing people’s right to a healthy environment.

“I find that very inspiring,” Atapattu says. “That gives me a lot of hope, but of course, everything depends on how those legal protections are implemented.” 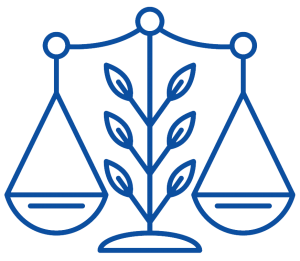