What began 150 years ago

with just two part-time law professors and fifteen students has grown into a renowned institution of legal education that has conferred more than 21,000 law degrees.

In 1868, the University of Wisconsin Law School opereated out of a room the governor supplied in the state capitol. The Law School moved several times before landing at its current site on historic Bascom Hill, once reportedly holding classes above a downtown bar.

But location is only part of UW Law’s story, says Dean Margaret Raymond. “In preparing to celebrate our first 150 years, we’ve been thinking about all the things that make our law school unique — our influential scholars, our law-in-action teaching tradition, our pioneering experiential learning programs, and our alumni who are making a difference all over the world,” she says.

UW Law commemorated its 150th anniversary throughout the 2018–19 academic year, with a special homecoming celebration and all-class reunion in October, and keynote lectures and events throughout the year. 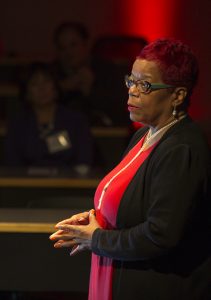 “Race Policing and the Constitution: Do Black Lives Matter?”

Justice Geraldine Hines ’71 presented on racialized policing in the US and the failure of the Supreme Court’s Fourth Amendment jurisprudence to offer meaningful options for remedies. 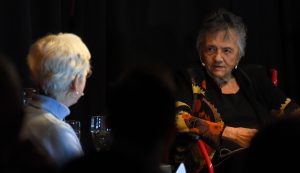 This year’s lecture featured retiring Wisconsin Supreme Court Justice Shirley Abrahamson (SJD ’62) in conversation with Judge Barbara Crabb ’62 of the US District Court for the Western District of Wisconsin.

This program looked back at a period when UW Law School was a national leader in developing interdisciplinary legal studies and how this perspective resulted in dramatic revisions to some traditional law school courses. Speakers included Emeritus Professor William Clune, Professor Hendrik Hartog of Princeton, Professor Mitra Sharafi, Professor Malcom Feeley of the University of California, Berkeley, and Professor Cecelia Klingele. 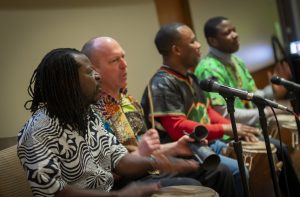 A special LEO Banquet featuring a progressive dinner invited guests to travel to food stations for successive courses. Along with cuisine representing each LEO group, this engaging event included performances and ample opportunities to socialize with alumni, students, faculty, and staff. 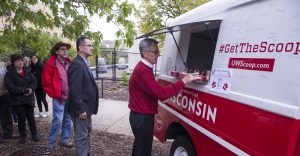 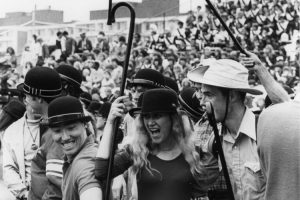 Before the Wisconsin v. Illinois homecoming game kicked off, UW Law put on its annual tailgate for students and alumni.

Alumni cheered on third-year students as they carried on the cane toss tradition before the start of the game.

See the photo essay for the Cane Toss.