In 1868, the Law Department opened with fifteen students. The program, a year-long course of study, was held in the State Capitol. It wasn’t until 1893 that the first law building opened on Bascom Hill. Later, in 1939, a library wing was added.

With capacity limitations and aging infrastructure, the building was demolished in 1962. It was then, after surviving the demolition and a fall from the original law building, that the gargoyle was elevated to icon status by Dean George Young. By 1964, the second law building was completed, offering more space for classes, faculty, and students. The cost of the project, including furniture and equipment, was $1,565,000.

In the 1990s, construction started once again, adding a four-story atrium, new classrooms, a computer lab, and a beautiful new, two-story glass library reading room. The atrium sits upon the site of the original 1893 building. Completed in the fall of 1996, the addition won an award for design from the American Institute of Architects, Wisconsin Chapter. 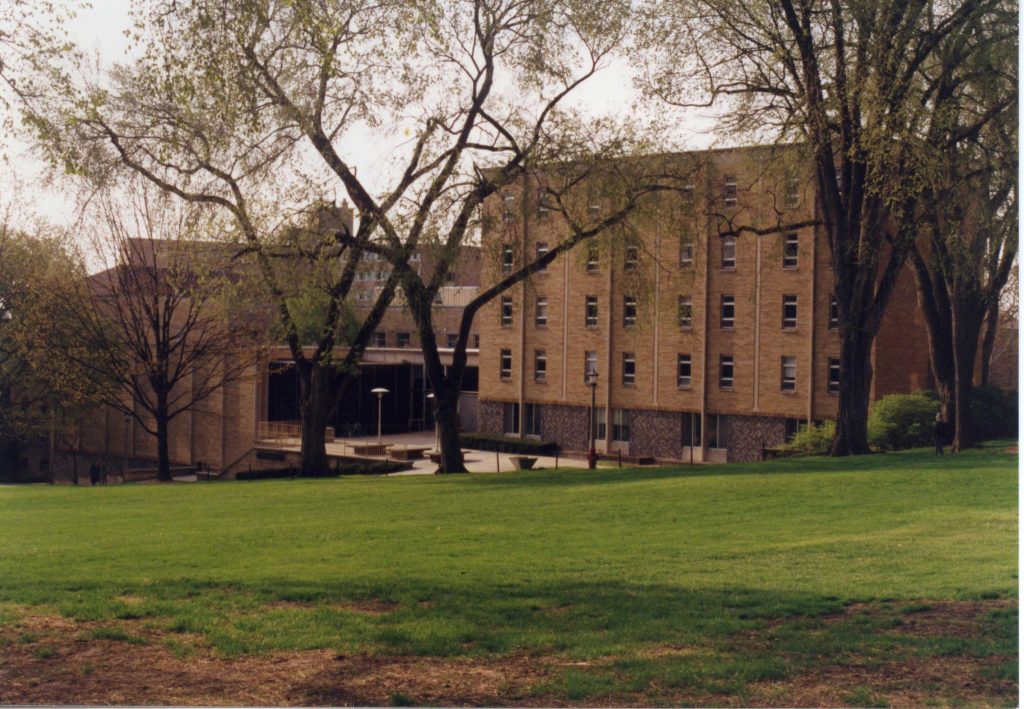