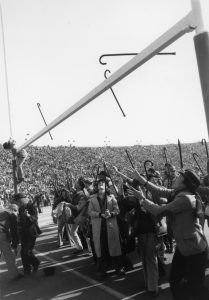 One of Homecoming’s biggest spectacles doesn’t involve the marching band or the football team, but a group of third-year law students with canes charging down the field toward Camp Randall Stadium’s south end-zone before kickoff. Some of the future attorneys sprint like running backs going for a touchdown. Others move a bit more slowly to savor the moment and avoid the crush.

When they arrive in the shadow of the Field House, students toss their canes over the goalpost. It’s a decades-long tradition, with a prediction attached: catching their canes means they’ll win their first cases after graduation.

(Psssst: Look closely at the photo below and you’ll notice a special guest was included in the festivities. Student James Schernecker, center, participated in the annual Cane Toss in 1964 while holding … a pig?) 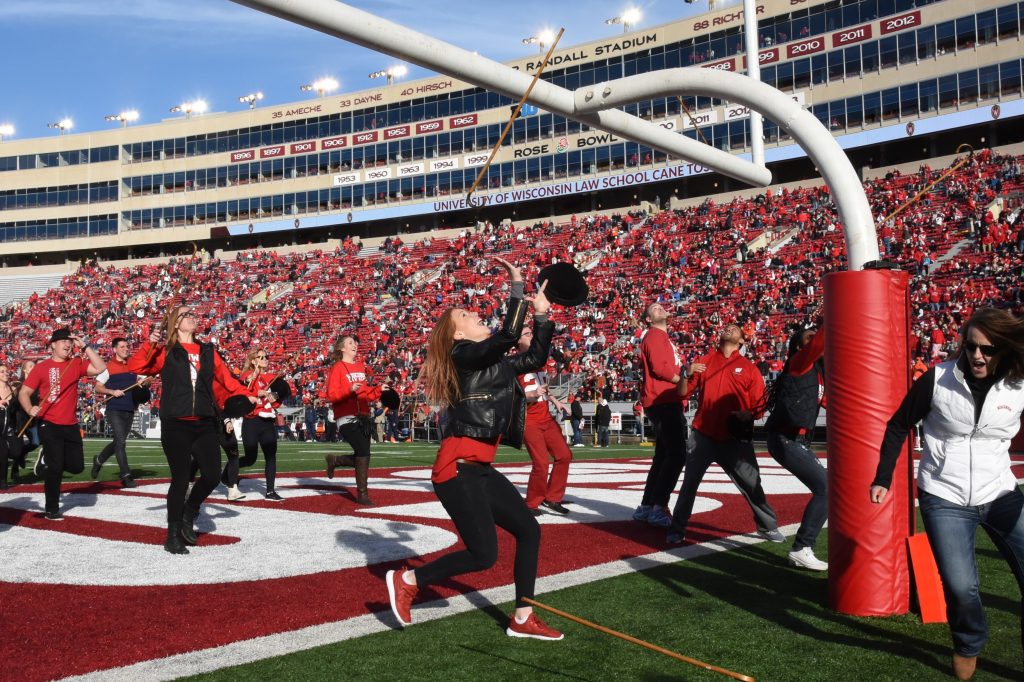 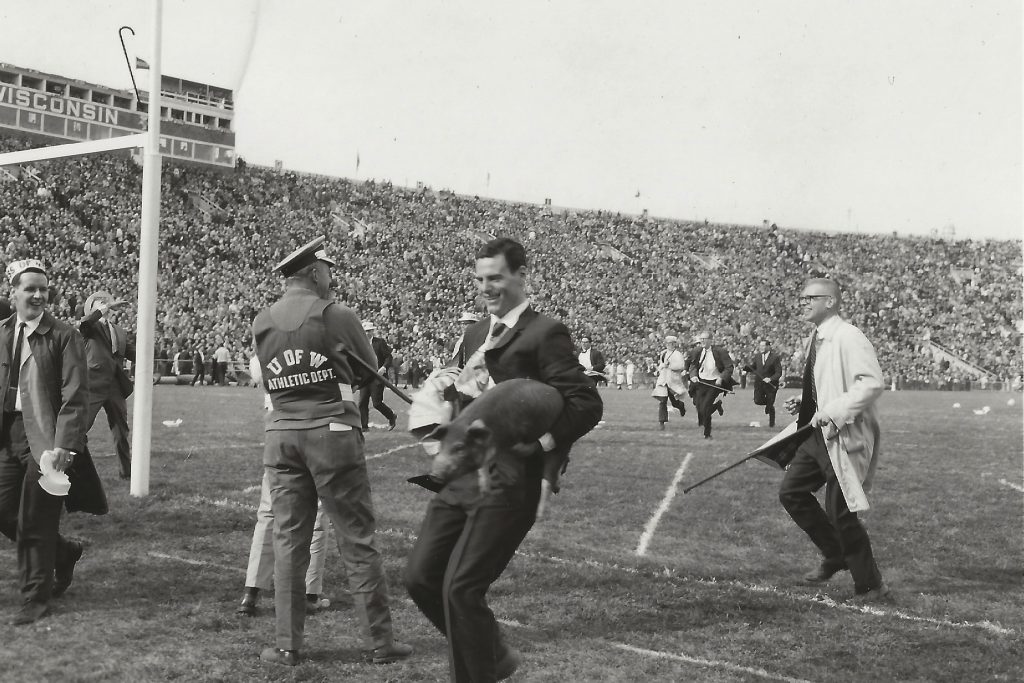 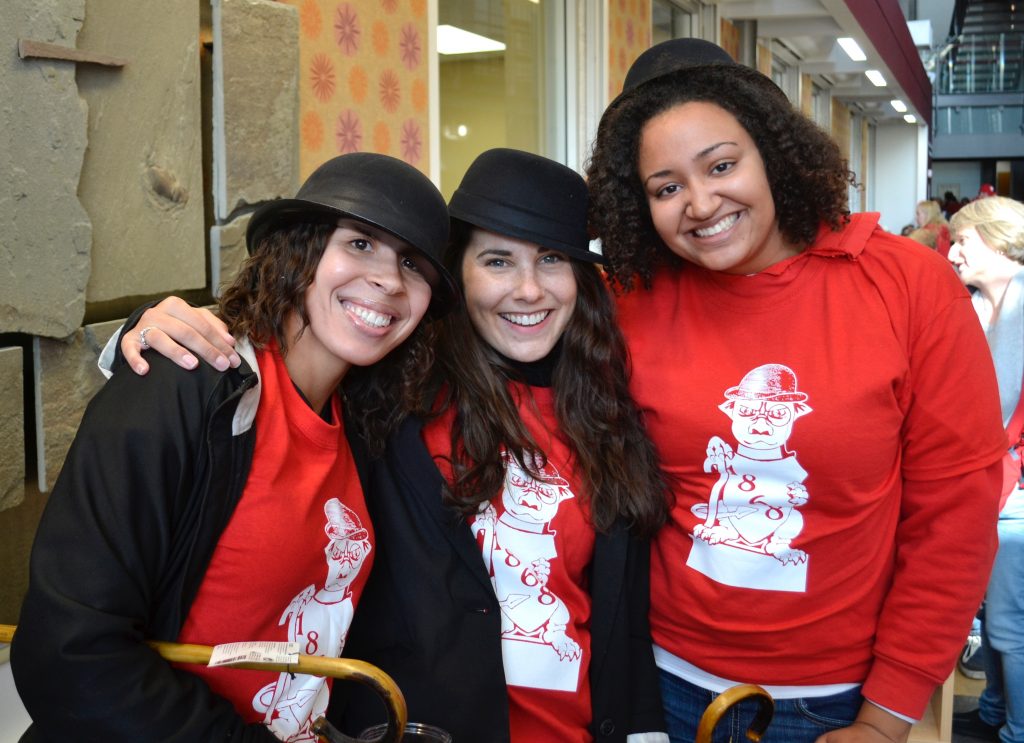