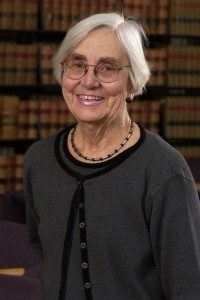 Professor Melli, who in 1959 became the first female faculty member at UW Law School, broke barriers and served as a role model to generations of students.

Shortly before her own death, Distinguished Lecturer Cheryl Rosen Weston shared her thoughts on Margo’s legacy. In part, she wrote:

“Margo’s teaching, scholarship, and service was remarkable for her contributions on an international, national, and local level. I can think of no better role model than Margo with respect to the Wisconsin Idea. To get a sense of the breadth of her service to the State, I’d urge you to look at her vitae. Especially noteworthy is the enduring nature of her service commitments: examples include her affiliation with the State Bar Family Law Section, including service as chair and as a reporter for a period of thirty years of its newsletter, highly valued by the Family Law bar of our state, as well as her thiry-two years as a member of the Wisconsin Special Review Board contemplating release of sex offenders from the state correctional system.

“But it is impossible to celebrate her achievements without considering her impact as a mentor, especially to young women law students and lawyers. When I arrived, Margo was one of two women on our faculty. She was unflagging in her support and encouragement of women entering the legal profession as well as becoming academics. She welcomed us into her home and demonstrated that one could be a devoted wife, mother, and fashionista without sacrificing a career. She thrilled in the accomplishments of generations of women who were lucky enough to have her as a role model. She will be greatly missed.” 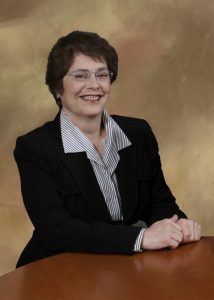 Similar to Professor Melli, Cheryl Rosen Weston set decades of UW Law students on the path to success. Her commitment to social justice was evident in her classroom and in practice as an attorney for Cullen, Weston, Pines and Bach (now Pines Bach), which she helped found in 1979.

“I have known Cheryl since she was a student. She accomplished a great deal in life. She was an activist (from a very young age), outstanding lawyer, businesswoman, prominent feminist, an active member and leader of many civic groups, philanthropist, and of course for approximately forty years, an important member of the Law School’s teaching staff. It would hardly be an exaggeration to call her a Renaissance woman.

“What I will remember most was Cheryl’s character. She was an independent spirit. She welcomed all kinds of different perspectives, but she made her own decisions. She was nobody’s follower (nor fool). While an independent spirit, Cheryl could be and often was a team player. She understood that cooperative behavior can make the whole greater than its parts, and her career at the Law School exhibited many examples of that. Most important of all to me, Cheryl was always looking for opportunities to help others and to make society a better place. For Cheryl, it was virtually never about herself. I mourn my loss, our loss. But Cheryl will not be soon forgotten.”