An article written by Lauren Bishop ’15 was cited in the opening brief of a federal discrimination lawsuit against the US State Department in July 2016.
The case, Dana Zzyym v. John Kerry, involves an intersex American citizen who was denied a US passport after leaving the ‘male’ or ‘female’ field blank on the standard passport application form. The form currently requires applicants to select one of two gender designations: ‘M’ or ‘F.’

But according to Lambda Legal, the organization representing Zzyym, “Intersex people are born with sex characteristics that do not fit typical binary notions of bodies designated ‘male’ or ‘female.’’’ The suit says that when the State Department denied Zzyym’s application, it violated the due process and equal protection clauses of the Constitution.

Zzyym’s lawyers used Bishop’s paper, “Gender and Sex Designations for Identification Purposes: A Discussion on Inclusive Documentation for a Less Assimilationist Society,” to demonstrate the growing number of countries that offer passports with gender markers other than ‘male’ or ‘female.’ Bishop wrote the paper while serving as a member of the Wisconsin Journal of Law, Gender and Society, a student-run organization whose primary purpose is to publish scholarship on legal issues relating to women and gender. 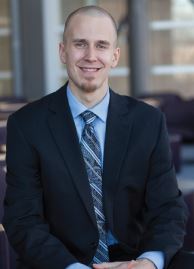 Alumni named ‘Up and Coming’ Lawyers
Professor Adam Stevenson has been named one of Wisconsin Law Journal’s Up and Coming Lawyers for 2016. The award recognizes attorneys who — right out of the starting gate — have shown themselves to be rising stars. With eight years or less of experience, honorees have handled challenging legal issues, taken steps to improve the justice system, and given of themselves to their communities. Stevenson joins ten other UW Law alumni who are receiving 2016 honors: Shannon Braun ’09, Andrew Coursin ’11, Kyle Engelke ’13, Jacob Frost ’10, Alexander Handelsman ’11, Kelsey Morin ’13, Richard Orton ’12, Joseph Rolling ’14, and Jennifer Schank ’10. 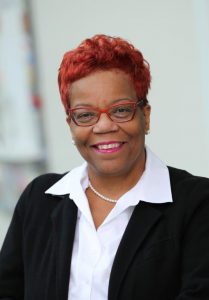 ON EFFORTS TO ADDRESS THE ACHIEVEMENT GAP IN MILWAUKEE
“We had a lot of perspective brought to the table by a variety of community organizations that said, ‘you can do all these strategies around academics, but if you don’t address the issues our children are facing in the city of Milwaukee — trauma, violence, homelessness, eviction, health issues — we’re probably not going to be successful as a community in really helping our children be successful in life.’”
DANAE DAVIS ’80, Milwaukee Public Radio 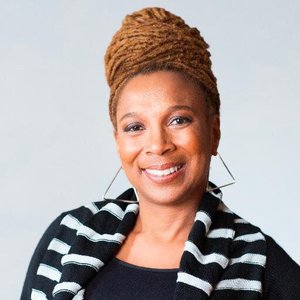 ON THE MEANING OF INTERSECTIONALITY, FROM THE PERSON WHO COINED THE TERM
“A lot of people think that intersectionality is only about identity. But it’s also about how race and gender are structured in particular workforces. … If you don’t have a lens that’s been trained to look at how various forms of discrimination come together, you’re unlikely to develop a set of policies that will be as inclusive as they need to be.”
KIMBERLE CRENSHAW, LL.M. ’85, Baltimore Sun

ON THE IMPORTANCE OF POLICE HISTORY AND RACISM
“Our history is something that we have to own. It’s something that we can
certainly do better today, but it’s hard to do better when we don’t contextualize these relationships that are institutional, historical in nature.”
MADISON POLICE OFFICER JAROD PRADO ’15, Wisconsin Public Radio