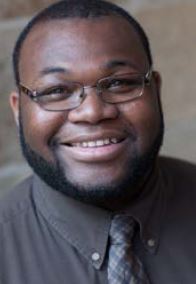 ON LIVING UP TO HIS NAME

“With everyone calling me Sir, which is typically reserved for people deserving of respect, I think I’ve always felt a responsibility to be a Sir. To try and live up to that. I use ‘sir’ very generously when I’m addressing other men and young men. And it’s easy for me, because everybody calls me Sir. But I think it really did have a role in shaping my personality.”

ON BEING A JESUIT LAWYER

ON THE SHIFT IN PUBLIC OPINION FOR MASS INCARCERATION

“… we can extrapolate that candidates for district attorney should have the courage to run on criminal justice reform platforms. Because, I mean, this isn’t New York City. This isn’t San Francisco. Mississippi is a pretty red state. So the fact that, even in a conservative state that votes Republican overwhelmingly, that someone could run on a criminal justice reform platform and win, that tells you there’s been a shift in public opinion about how to deal with crime.”