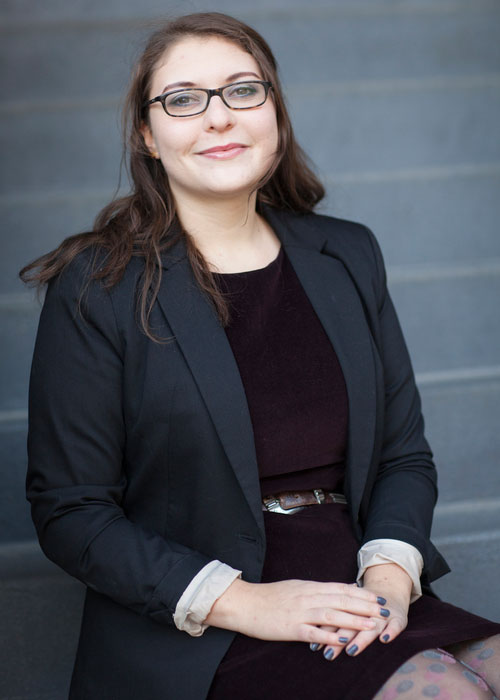 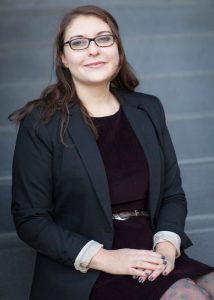 Eileen Dorfman recently completed a Fellowship at Auschwitz for the Study of Professional Ethics. The curriculum, designed by Yale Law School, combined walking tours of Nazi death camps, Berlin, and Nuremberg, with workshops using the lens of history to examine contemporary ethical issues facing the legal profession. Dorfman is applying the comparative framework that her study of international law provides to incorporate the lessons of the professional ethics program in her second year of law study.

In May 2013, Eileen Dorfman and thirteen other law students were immersed in Fellowships at Auschwitz for the Study of Professional Ethics (FASPE), a two-week program in New York, Germany, and Poland. It was an opportunity to learn more about her own history, as well as to explore the relationship between law and ethics.

Dorfman’s grandparents fled advancing German forces during World War II, and the consequences of that war were the focus of her undergraduate studies in international affairs at George Washington University, where she concentrated on Europe and Eurasia.

“I was really drawn to the opportunity to combine my area studies with my interest in law,” Dorfman says. “This fellowship put law and ethics into a historical context, while highlighting contemporary issues of professional responsibility.”

Before arriving at the Museum of Jewish Heritage in New York, the fellows were asked to prepare a short legal memo. “Very standard,” Dorfman says. “A first-year law student could easily do it, but it was made immensely complex because we were asked to write from the perspective of a lawyer in the British Isles during the early days of World War II. A German citizen wants to return to Germany to fight in the war, but he will not be allowed to if his Romanian wife is considered Jewish according to Nazi law. I had to use a legal system of classification that I fundamentally disagreed with.”

The assignment became more than an academic exercise when the instructors asked the group if anyone had considered refusing the assignment. Dorfman realized she had completed the hateful assignment because she did not want to be excluded from the fellowship that she valued so highly. “It makes you examine your own self-interest as an attorney,” she says.

In addition, seeing Auschwitz hit Dorfman and her fellow students hard. “It was originally built as an army barracks with rows of brick buildings that look sort of normal from the outside, if you didn’t know what happened in there. When you get to the buildings with the shoes and hair and personal belongings all piled up — that’s when you start to get pulled apart. After walking back outside, everyone was quietly standing by themselves. Some were crying.”

That night, the law students shared their reflections. “These are successful, talented law students,” Dorfman says. “It was interesting to see how exploring these issues affected people in so many different ways. Coming from UW-Madison, I felt I had a strong background thinking about social justice and the law. It was a great testament to the way our law school constantly asks us to think about these issues.”

The FASPE program includes law, medical, journalism, and seminary students. Dorfman observed that the journalism students had a different way of approaching the same problems. “While I was working with the facts that we were given and trying to reach certain objectives within that framework, they were thinking outside the box and raising broader issues,” she says. “When you are in law school and with the same people all the time, you don’t realize how differently other professions approach the same types of issues. I realized I need to be thinking about the bigger picture.”

The fellowship gave Dorfman time to pause and reflect on her first year of law school. “You have just gone through the gauntlet of exams, demonstrating your mastery of substantive law; law school teaches you to operate in a certain way,” she says. “This was a good opportunity to consider how I can apply what I’ve learned to crucial questions.”

Dorfman has carried her FASPE experiences with her into her second year of law school. “I went into a clinic working with clients incarcerated in a federal prison and found myself thinking about the reasons they were incarcerated, and the associated sentencing maximums and minimums. It was a great way for me to start applying what I had learned in a real-life situation right away.”

Dorfman is president of the International Law Society and works on the Wisconsin International Law Journal. She enjoys the comparative framework that an international perspective provides her law studies. However, her FASPE experience emphasized that professional responsibility and ethics are fundamental in any legal context. “The trip taught me how important it is to exercise the ethical muscles in your brain on the basic questions you encounter every day,” she says.