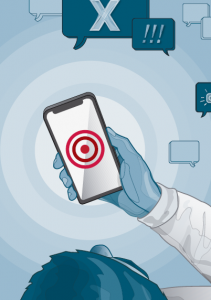 When is “cancel culture” warranted and when does it go too far? How do we preserve the United States’ tradition of free speech and community-enforced speech norms without giving individuals and private companies too much control?

Assistant Professor Franciska Coleman, whose research examines critical discourse analysis and constitutional law, explores “cancel culture” and how it intersects with constitutional choice. Her research is all the more salient in an era when seemingly anyone can lose their job over comments uttered online and when even the president of the United States can be banned from popular social media platforms for his alleged role in inciting violence.

The First Amendment was designed for the social regulation of speech by communities, Coleman notes. But that approach is more challenging in highly divisive times, when an online comment can set off a firestorm.

“There are many categories of speech with different le 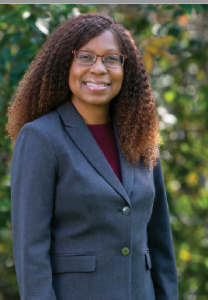 vels of offen­siveness, but cancel culture offers a uniform response without regard to degree of offensiveness,” she explains. “Cancel culture is a type of social speech regulation that facilitates domination. It resembles the very type of nationwide censorship that the founders were trying to avoid when they prohibited government censorship of speech.”

The Rise of Cancel Culture

Coleman’s interest in cancel culture was sparked by the boycott of Chick-fil-A after CEO Dan Cathy’s anti–gay marriage comments. “I read about the boycott and I thought, ‘Oh, wow, that’s an interesting use of people power,’” she says. “The US has a strong tradition of prohibiting the legal regulation of speech, but at the same time, it has a very robust system of social regulation of speech. And we’re constantly broadening the definition of speech that can be socially regulated and censored.”

So when did social regulation of speech tip into full-fledged cancel cul­ture? “I think it’s a confluence of factors. Social media played a role because it has made it easy for local communities to take action across time and space. Social media allows minorities in a community to use nationwide boycotts to pressure their local majorities,” she says. “Social media has also made people’s private lives more visible. Normally if someone says something offensive over lunch with a friend, they aren’t going to lose their job as a result. Now with social media and cell phone cameras, what used to be private violations of speech norms have become public, with public consequences.”

In some ways, cancel culture is a uniquely American problem, says Cole­man, who is associate director of the Law School’s East Asian Legal Studies Center and had lived in Korea for six years.

“Cancel culture rose in the US be­cause of our strong prohibitions on legal censorship,” she says. “In other places like Germany, you don’t have to boycott a company to censor someone engaging in hate speech. You can report them, and they will receive a fine. In South Africa, Equality Courts punish hate speech. South Korea has a Communications Standards Commission. When legal mechanisms are in place, you have less need for cancel culture … because the government will step in and see justice done. Cancel culture is a form of vigilante justice, and vigilante justice is not always proportional to the crime.”

In the US, private companies play a key role, whether it’s an employer or a social media platform. “We don’t want legisla­tors to tell us what we can and can’t say, so what we have instead is companies making those decisions based on profit motives,” Coleman says. “This seems problematic. I really like the idea of social regulation of speech. It’s a privilege of democracy. But like all privileges, it can be abused. Cancel culture is an example of such abuse.”

Under the current system, vocal minorities can play an outsized role in curbing speech, she notes. “In the national uproar following the Capitol riot, Amazon forced Parler to go dark under pressure from its employees and a single congressperson,” she says. “At Twitter, Trump’s 88 million followers were deprived of a key source of their information about national affairs, while the president of the United States lost his most influential platform. Perhaps this was a decision that involved dozens of people, but it could also have been the decision of a single alarmed individ­ual. That is not how social regulation of speech should work.”

Violence and incitement are real dangers, but a time-limited restriction or legal recourse could have been alterna­tives to social censorship, Coleman says, and might have been adopted in a more inclusive process.

The consequences aren’t just for the individual who gets “canceled,” she notes. There’s a broader impact on society.
“Currently, there’s a lot of ideologi­cal homogeneity underlying our speech norms,” she says. “But one imperfect justification for letting communities regulate their own speech is diversity, the marketplace of ideas. In the marketplace, ideas are offered, contested, revised, rebutted. … But what happens when there’s no contestation, just cancella­tion? People leave the marketplace for their preferred echo chambers.”

Cancel culture also heightens polariza­tion, she notes. “You don’t want to push people out of the community and make them even more extreme, so firing people and expelling people from school should be last resorts,” she says. “My preferred approach is education. I think that a lot of offensive comments stem from igno­rance, perhaps willful, but the solution is not to exclude the speakers, but to expose them to the people and ideas about which they lack knowledge.”

Coleman believes it’s important to use education to help the community learn to enforce speech norms in a more thoughtful way, beginning when students are in high school or college. She likes the idea of having students create their own speech code through an informed, collab­orative process, but she recognizes that some people strongly oppose the idea of a speech code.

“There is a lot of pushback. But you’re either going to have speech regulation by government, by an informed citizenry, or by an uninformed citizenry,” she says. “I tell my students, ‘Navigating this space is your responsibility,’ and I try to give them tools. I view education as the solu­tion. It is a multigenerational solution, but I am confident that over time, we will become our better selves.” •

Franciska Coleman is an Assistant Professor of Consti­tutional Law at the University of Wisconsin Law School and the Associate Director of the East Asian Legal Studies Center. She joined the faculty in 2020.