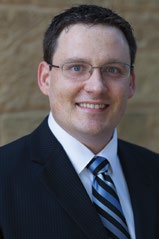 Last spring, television audiences were introduced to UW Law’s Restorative Justice Project (RJP) and its work to repair harms caused by violent crime. Two national news programs — 60 Minutes and The Redemption Project with Van Jones — interviewed RJP Director Jonathan Scharrer, his students, and their clients to show how restorative justice practices can change the lives of both victims and violent offenders. Scharrer says UW Law students in his clinic gain new perspectives on justice that involve reparation, accountability, and healing, rather than the legal system’s conventional focus on crime and punishment.

“Many victims are hungry for information, so finding out what really happened helps them stop asking the questions that they may have asked themselves, you know, ten, twenty, 30,000 times.” — JONATHAN SCHARRER

Wisconsin Law in Action, is keeping podcast listeners up to date on the latest legal scholarship out of UW Law bSchool. Tune in to the podcast monthly to hear faculty discussing their work with law librarian Kris Turner ’20. Turner and his guests cover a broad range of topics, including innovative UW Law research on intellectual property, corporate and constitutional law, civil and criminal justice, and more. 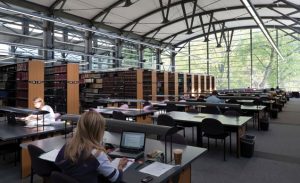 The UW Law Library has it all

A gorgeous view of Bascom Hill, the very best librarians, and one of the largest law library collections in the nation. According to data collected by the Internet Legal Research Group, the UW Law Library ranks 4th among US law schools in number of print and microform volumes. (Only Harvard, Iowa, and Yale law schools claim more holdings.) 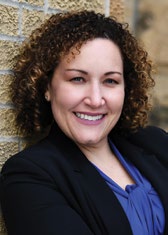 The VOCA Restraining Order Clinic won a Legal Innovator Award from the State Bar of Wisconsin. Launched in 2019, the UW Law clinic provides support for survivors of intimate partner violence. Under supervision from clinic director Ryan Poe-Gavlinski, law students receive on-the-ground training as they help clients from four Wisconsin counties secure protective restraining orders. Students help survivors through each step of the process, from interviewing, to drafting and filing court documents, to preparing for hearings and examining witnesses. 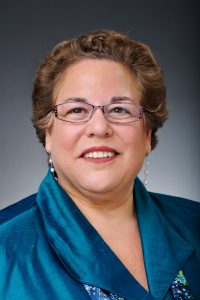 Professor Alta Charo has been elected to the American Academy of Arts and Sciences, one of the country’s oldest and most respected scholarly societies. Charo is the UW’s Warren P. Knowles Professor of Law and Bioethics and a global expert on the ethics and regulation of scientific and medical innovations. She has advised the federal  government and multiple presidential administrations on ethical concerns in cutting-edge research, recently co-chairing a National Academy of Sciences panel to develop recommendations around human gene editing. Charo will return to UW Law this fall, after completing a yearlong fellowship at Stanford University’s Center for Advanced Study in Behavioral Sciences. 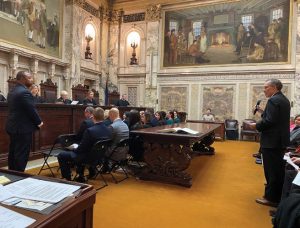 When recent UW Law graduates took the Attorney’s Oath before the Wisconsin Supreme Court early this year, a lone Loyola Law-Chicago graduate was in their midst. Attorney Jarrett Adams earned a bachelor’s degree from Loyola, then a law degree, after he served nearly ten years in prison for a rape he didn’t commit. Following his wrongful conviction, Adams reached out to the Wisconsin Innocence Project. Professor Keith Findley, who co-founded the Wisconsin Innocence Project, worked with UW Law students to represent Adams and help overturn his conviction. Adams was sworn in to the state bar in January, and Findley was there to witness the occasion. Now Adams wants to represent Wisconsin’s low-income defendants and the wrongfully accused.

“I really want to live a life as an example of what can happen when people are given the opportunities and the tools to reintegrate successfully back into our society. We can’t repair what is going on in our impoverished areas in the state of Wisconsin by locking everyone up.” — ATTORNEY JARRETT ADAMS