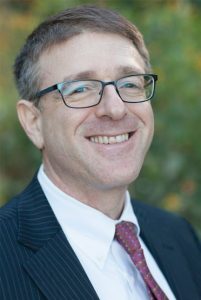 In The Spirit of the Constitution: John Marshall and the 200-Year Odyssey of McCulloch v. Maryland, Schwartz chronicles two centuries in the life of one of the most important Supreme Court decisions ever issued.

Schwartz, the UW’s Foley and Lardner Bascom Professor of Law, says he’s always been fascinated by McCulloch v. Maryland and by John Marshall, the chief justice who authored the unanimous decision. On its face, the 1819 ruling upheld the federal government’s authority to create a national bank free from state taxation. But the decision involved far more than taxes and a bank.

“McCulloch v. Maryland was the first major Supreme Court decision on the scope of national powers, and that question is really the deepest and oldest debate over the meaning of the Constitution. It’s this 230-year-old argument we’ve been having,” Schwartz says.

The McCulloch decision has figured into disputes over how to divide up power between the state and federal governments in every generation, with political rivals either celebrating, denouncing, or dismissing it to suit their arguments. Judges cited McCulloch in rulings on slavery, taxation, and regulation, and most recently, the 2012 Supreme Court decision over the Affordable Care Act. In fact, it’s one of the most cited decisions in Supreme Court history, second only to Brown v. Board of Education. 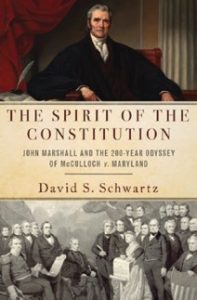 “Every generation expresses a different spirit, a different ethos, that controls what judges, politicians, and the public think the Constitution should mean. You could identify that spirit by how each generation interpreted McCulloch,” Schwartz says. He is one of the first scholars to document fluctuating opinions around McCulloch in the years between 1819 and 2019, as well as looking at Marshall’s changing reputation over some of those periods.

While he cautions against romanticizing Marshall, who held more than one hundred slaves and consistently sided with slave holders in cases, Schwartz believes the McCulloch decision is as important today as ever.

“The debate over national power will surely come up again if Congress addresses our largest problems, like climate change and economic inequality. Those laws, if and when they get passed, are certainly going to be challenged on the grounds that they exceed the powers of Congress,” he predicts.

“McCulloch v. Maryland, I think, holds the key to answering that question.”