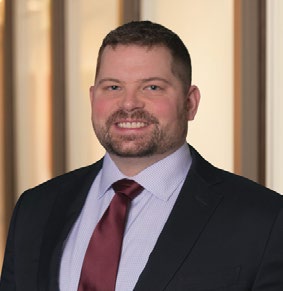 5 Things to Know About Brian

“Right after getting my bachelor’s degree from Marquette, I joined the Marine Corps. I served as an Infantry Officer, and spent the next eleven years training or deployed. I deployed four times, three times to Iraq and once to Afghanistan.

“Throughout my eleven years, I never lost a Marine or soldier in combat. That’s something I’m proud of. But thus far, I’ve lost seven back here at home to suicide. The fall of a comrade hurts no matter where or when it occurs, and sometimes the mental and emotional wounds we receive can be just as fatal as any physical one.”

2. By joining Save a Warrior, he found the key to his happiness.

“The loss of purpose faced by war veterans often leaves them driftless and feeling hollow. As I was leaving active service, I started to suffer from these same issues. Recognizing the problems I was having, I applied and was accepted into the Save A Warrior program. Save A Warrior is a week-long retreat that connects individuals experiencing depression after war and helps them identify their purpose. I think a key to happiness and fulfillment revolves around service to others. Having graduated from Save A Warrior, I now volunteer to work with other veterans going through the program to pay it forward.”

3. Family first: he had to untangle some red tape before launching his law studies.

“My wife Jackie and I had two kids in fairly quick succession. Both pregnancies were rough, and both babies were premature. In fact, the doctor didn’t know if Jackie would survive the last pregnancy. We felt blessed beyond measure and that there was room in our family for more, so we adopted. Jenna was born in 2012 while we were stationed in Washington State, and we adopted Logan when we were living in California in 2015.

“Before we could move to Wisconsin, we needed to finalize Logan’s adoption. For whatever reason, the adoption paperwork sat buried on a bureaucrat’s desk in San Bernardino County. While fixing this situation, I realized that practicing law would be a good way for me to help people.”

4. Why Wisconsin? He was inspired by former admissions director Sir Williams ’11.

“The biggest reason I chose UW Law School was the people, and one in particular. I called the admissions office without a clue about law school, and I was sent to a gentlemen named Sir Williams. Sir walked me through the process, step by step. When I didn’t get in the first year, he encouraged me to improve my scores. He set up a tour of the campus for me when I was in the area, and shook my hand as if I were an equal, not as a vet trying to start again. It was his warmth of character that was the first, and strongest, hook.”

5. His super power is serving others.

“Life is all about using our power, wisdom, and experience to serve others. I’ve got a job at a firm where I’ll use my law degree to help small businesses to grow and to support their local communities. I’m trying to raise four children of strong moral character, who will know the value of aggressively pursuing their dreams through serving others, too. My wife Jackie put me through law school by working full time while raising our kids. I want to help her reach her dream of owning a hippotherapy and equine-assisted therapy clinic for children with special needs and for those suffering through trauma.

“I left one career where I was doing good in the world, and I found a way toward another. My journey from the Marines to UW Law will be a springboard to something big.”