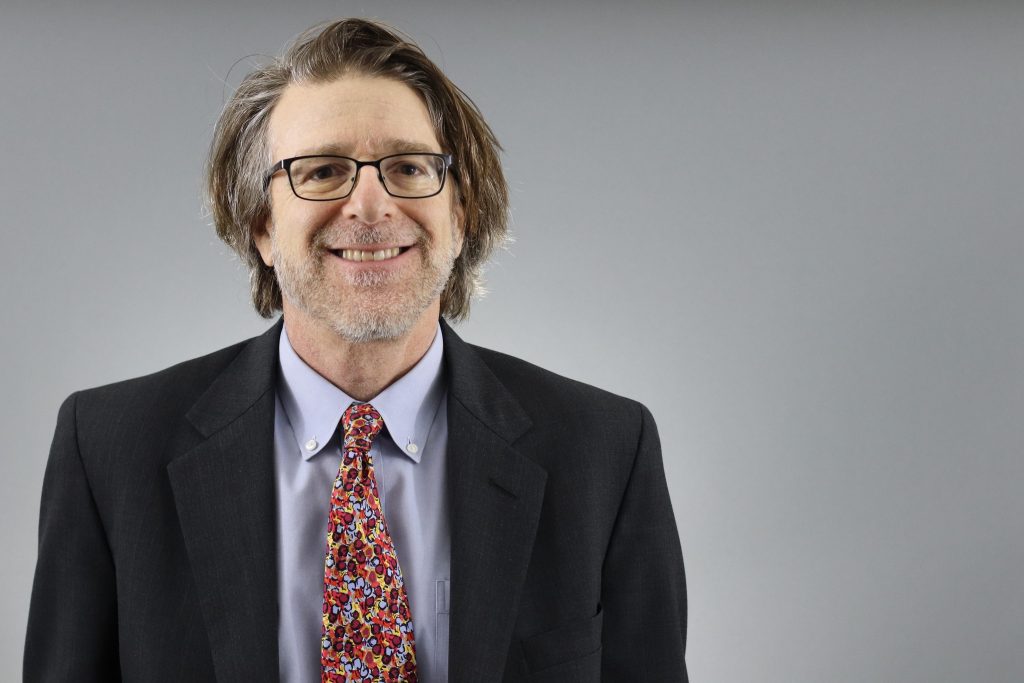 The debate over US federalism—how the national and state governments share
power—is as old as the Constitution. These days, it’s a debate mired in redstate and blue-state politics, says constitutional law scholar David Schwartz, with red-state Republicans arguing for small government, lower taxes, and privatization of public goods, while blue-state Democrats look to a centralized national government to ensure individual liberties.

Schwartz wants to shed light on the current rift by examining how American federalism has changed over its 230-year history to reflect the politics and concerns of the times.

His book proposal, “The Red State/ Blue State Republic: The Idea of Enumerated Powers and Its Discontents,” has won him the 2017 Sheldon B. Lubar Distinguished Research Chair in Law.
The Lubar Chair is awarded to a UW Law professor on an annual, competitive basis as a way to recognize productive legal scholarship. Chairholders receive a semester’s leave from teaching to focus on research.

Schwartz will use his leave to work on an extensive historical study of the
role of government and the concept of “enumerationism,” a term he coined to describe the conservative stance that federal powers should be limited to those listed in the Constitution. He says that enumerationism doesn’t really fit with how the courts have viewed state and federal powers throughout US history—and when it comes to addressing national
problems, it limits the country’s options. Take, for example, the 1930s drought that turned major regions of the US into what is commonly known as the Dust Bowl. “Soil erosion doesn’t stop at state lines. Dust crosses over from one state to another. So there you have a national problem, one that calls for coordination among the states,” Schwartz says. “Without coordination, you get a patchwork of solutions, with some states participating and others opting out.”

According to Schwartz, a strict enumerationist would oppose a national response to the disaster because the Constitution doesn’t explicitly list things like land-use regulation as a federal power. On the other hand, he says, “I argue that our constitutional order really creates a national government that can solve national problems, whether or not they fit into these cubbyholes of enumerated powers.”

Dean Margaret Raymond says Schwartz is upholding the school’s reputation as a leader in the field of legal history.

“By placing an ongoing, divisive constitutional question into context,
Professor Schwartz is showing us how our history shapes current laws and the lives of people governed by them. His scholarship on federalism couldn’t be more relevant,” she says.

Besides his Lubar project, Schwartz has another book on federalism in the works. In “Reconstructing John Marshall: McCulloch v. Maryland and the
Making of American Constitutional Law,” scheduled for publication next year, he examines how different eras have understood one of the first and most important Supreme Court cases on federal power.

The second edition of Schwartz’s constitutional law textbook, which he cowrote with UW Law alumna Lori Ringhand, was published earlier this year. Schwartz says his chapter on congressional power has become an organizing principle in his Law School classroom.

“When I teach federalism in Con Law I, I ask, ‘Is this really a government
organized around enumerated powers, or does the Constitution say that the
federal government can tackle any national problem? That question captures
most of the conflicts in our federalism unit, which constitutes about half of the course,” he says.

On his selection as this year’s chair, Schwartz says he’s not the kind of person who normally wins competitions. “It really was a wonderful surprise. And the Lubar Chair is more proof, if any were needed, that this law school really values scholarship,” he says. •