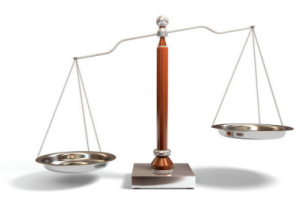 The immigrants are women and children who came to the United States seeking protection from violence in their home countries. By the time they arrived at the federal detention center in Dilley, Texas, where they are currently being held, most had traveled hundreds—or even thousands—of miles.

But their journeys are far from over, says law student Laura Voegeli. In order to stay in the US, the women and children first have to prove to Immigration and Customs Enforcement (ICE) officials that they qualify for asylum, and that path is long and complicated.

Voegeli is one of the UW Law volunteers who worked 60 hours over a five-day stay to assist the women in Dilley. Primarily, she says, volunteers helped prepare the women for what’s known as a “credible fear interview” with an ICE asylum officer.

An asylum-seeker has a lot riding on the hour to 90 minutes she’ll spend before the ICE officer. If she can convince the officer that she escaped a credible fear of persecution or torture in her home country, she will be referred to an immigration judge for a full hearing, and she’ll have a year to apply for asylum; if she fails to make her case, she could be deported immediately.

“Many of the women have never told their stories to anyone, let alone an asylum officer, who to them is a scary authority,” Voegeli says. “So as volunteers, we listened, we tried to figure out any legal claims the women might have, and we advised them on the points they needed to make in their credible fear interviews.”

After everything they’ve been through, to see the women’s power, and to see their confidence grow as they prepared for their interviews, was inspirational.”

Volunteers can find out through the CARA Family Detention Pro Bono Project, the nonprofit that coordinates legal services, whether or not asylum-seekers received a positive decision and will be released into the US.

However, says Voegeli, even if they prevail in the interviews, without an attorney to help them navigate immigration law, the women face challenges moving forward: “Asylum cases are complicated and expensive. Unless they can find a pro bono attorney willing to represent them in immigration court, most of the women won’t be able to afford to hire one. Often that means they wind up not going back to court and just living in the US undocumented.”

The trip gave Voegeli the chance to gain experience and knowledge about asylum law, which is one of her interests. She also gained perspective.

“Many of the women were not only victims of gang violence, but of domestic abuse. They came all this way, many of them carrying babies across the border, just hoping their children could grow up safe,” she says. “After everything they’ve been through, to see the women’s power, and to see their confidence grow as they prepared for their interviews, was inspirational.”