Compiled and edited by Karen Koethe 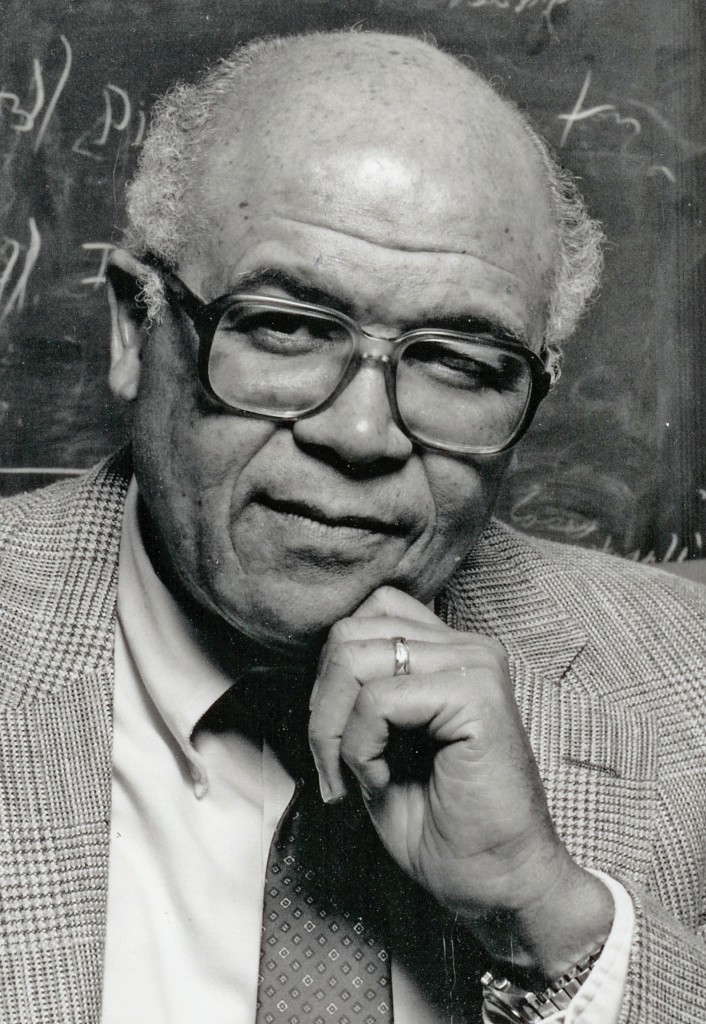 The University of Wisconsin Law School community mourns the loss of Professor Emeritus James E. Jones Jr., who passed away on November 21, 2014, following a lengthy illness.

To say that Professor Jones left an indelible mark on UW Law School and the greater legal community is to greatly understate the significance of his legacy.

A trailblazer in his own right,
he was many things to many people:
a legendary labor lawyer …
a civil rights giant …
an extraordinary professor and scholar …
and a valued colleague and trusted adviser.

Here, in their own words, five colleagues
remember the inimitable Professor Jones.

His innovation stands the test of time

“It is a special honor to have this opportunity to celebrate Professor Jim Jones’s pivotal role in integrating the ranks of the law professoriat. Jim Jones was of course not the only one who hoped that the number of minority law professors would swell as the number of law graduates increased, but unlike those who simply watched and waited, Jim Jones decided to actually do something about the infamous ‘pool problem’ in legal education.

“Through his innovation, mentoring, and dogged advocacy, Jim Jones put action to passion — quietly, deliberately, and diligently creating a pipeline of minority law teachers. I know that, at least for me, and most likely for every other Hastie Fellow, were it not for Jim Jones, we would not have the careers that we do.

“He developed the Hastie Program in response to claims within the law school world that there were few minorities qualified to teach. His innovation has stood the test of time, proving yet again that a structural intervention — a project that actually creates an on-ramp into legal education — has a unique legacy to which we all can attest.

“Importantly, as the high standards imposed by people like Jim Jones attest, racial justice and high achievement are not in opposition. Indeed, the hallmark of Jim Jones and the Hastie Fellowship itself was recognizing that high performance, without a way to crack the barriers to opportunity, is nothing more than teaching into the wind.”

The honor for which he worked hardest

“I have described Jim elsewhere as a teacher extraordinaire. It was what Jim cared about most, and probably what explains why he stayed at Wisconsin despite opportunities to go elsewhere. And his teaching was not limited to the classroom. He always stopped students, and his colleagues, in the halls and elsewhere and offered them advice — not always in friendly tones, but always with friendly intentions. This advice was sometimes about some fine point of law. It was more often about how to lead your life and conduct your profession. And it was intended to make you a better and more successful person.

“What is the essence of Jim Jones? No person can be described with one phrase, but I think that the term self-respect describes a lot about Jim. Self-respect is not to be confused with egotism. Jim always believed in his abilities, which were obvious and enabled him to come a long way in this life. But Jim also believed that self-respect does not come from confidence in one’s abilities. One has to earn self-respect — by working hard so that one performs up to one’s abilities. Jim’s most demanding taskmaster was his own standards for himself. Jim received numerous honors and recognition, but I know that the honor that Jim worked hardest for, and that meant the most to him, was his own respect for himself. And, very deservedly, he had it. And because of that, what a role model he is for us all.”

His profound impact continues into the future

“Professor Jones had a profound impact upon helping diversify law faculties across the country. The Hastie Fellowship program, which he founded at a time in which there were only a very small number of law professors of color in this country, has produced more than 30 law professors of color in slightly more than a 40-year history. Many of them have achieved incredible prominence within legal education. Going forward, the Hastie Fellowship will continue to serve as a beacon for those who believe that law faculties can diversify without sacrificing quality.

“Jim was a person of great integrity who was deeply committed to causes greater than himself. I have tried to follow Jim’s example by defining what it means to be a successful law professor for myself, based upon my own values. To this end, I have tried to leverage my scholarship to produce social justice reforms in property law and have worked with poor and minority communities around the country on property law matters, even in those instances in which there have been few traditional incentives within the academy to do this work.

“Jim’s groundbreaking work will continue to impact the legal community through the institutions he helped shape, including, of course, University of Wisconsin Law School. His professional work also lives on in many of those he mentored — both nonminority and minority — who became successful lawyers.

A mentor for academics and for life

“Professor Jones was one of the primary reasons I went to law school. I am indebted to him for advice that helped organize my thinking about, and give shape to, my professional career.

“On the verge of an undergraduate degree in sociology, which I loved but which would not pay the bills, I happened into a cross-departmental class Jim taught on sociology and the law.

“And he was a fine teacher. He taught us how the law worked, but more importantly, he challenged us to question how the law could and should be used. I have drawn on what I learned from him about how the law and public policy interact many times in my career. I didn’t end up a labor lawyer, but after 40 years in the environmental law field, I remain ever grateful to Jim for being one of my key mentors — both academically and in life.”

He taught us about the awesome charge and responsibility we have
“I attended University of Wisconsin Law School in large part because of Professor Jones. Several hours after our introductory meeting, we entered into a pact: I would attend law school and we would graduate together — me as a newly minted lawyer, and he into retirement. We both kept our promises, and a lifelong friendship was born.

“Like so many of Professor Jones’s ‘children,’ I never took his classes — at least not in the traditional sense. My instruction was in the halls of the Law School and mostly in his office. Often for hours on end — literally. Hours. Through this one-on-one instruction about life, I learned so much about the law. I learned of the law’s utility in deeply impacting the lives of people in our community. Whether as a tool for righting wrongs or leveling the playing field, the Jim Jones born of the segregated South had a deep and abiding appreciation of the importance of the rule of law, and the role that lawyers must play in pushing our country along the march toward equal opportunity.

“Professor Jones left an indelible impression on me and legions of others. Yes, he taught us how to be good lawyers. But mostly, he taught us about the awesome charge and responsibility we have to make our community a better place than we found it. In his view, there was no room for self-absorption. We all are called to serve — and specifically, to serve the least among us. Whether we did that directly or indirectly was of less consequence, but do it we must. Professor Jones’s legacy will live long through the values he imparted to us, and longer still as we pay those values forward in our similar instruction to future lawyers.”

Honor a life dedicated to service about self. Give to the James E. Jones Jr. Fund and support efforts for the first UW chair named after an African-American professor.