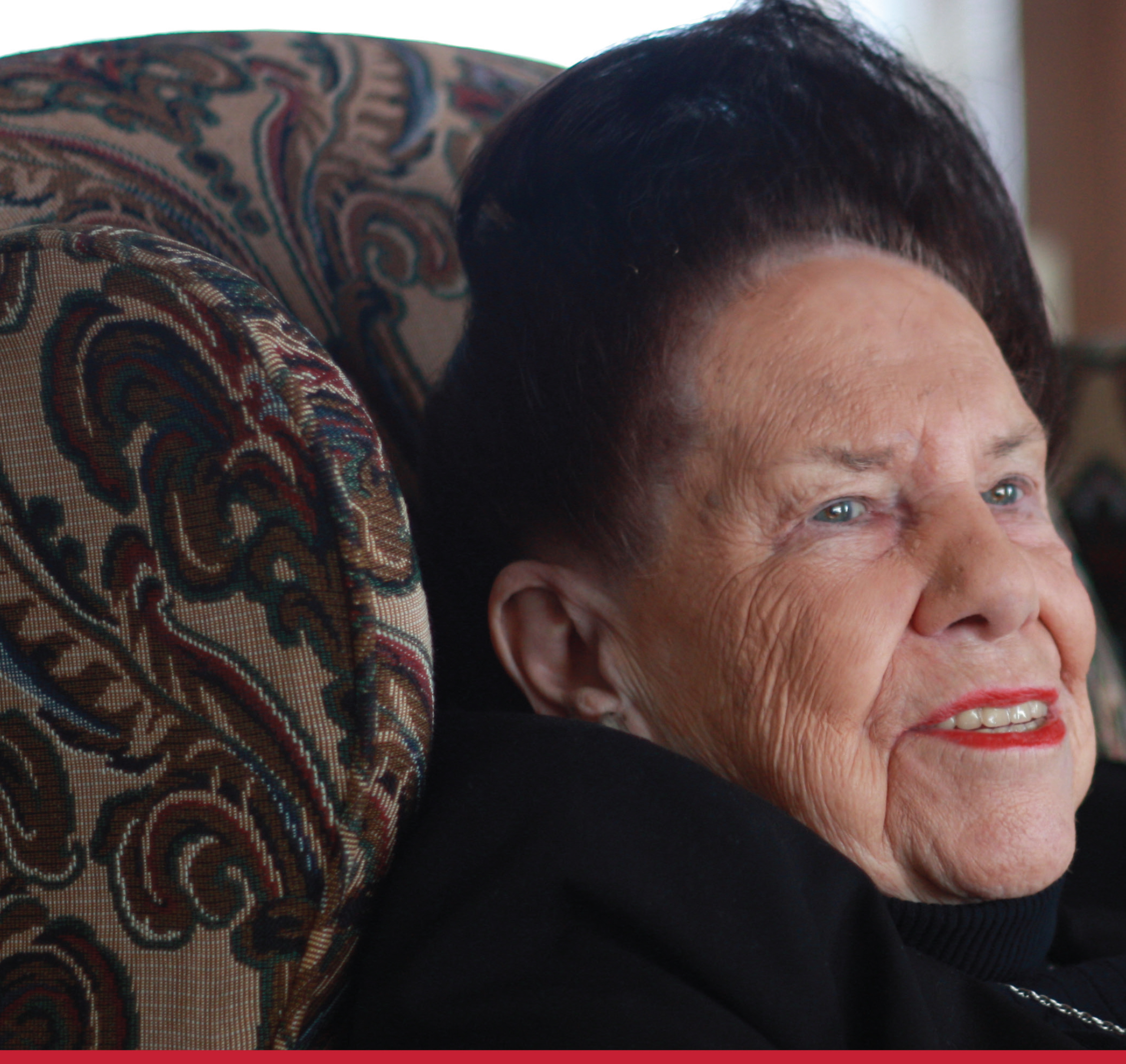 Having a conversation with Cody Splitt, a 1949 UW Law School graduate, is the next best thing to scoring a front-row seat to some of 20th-century America’s most pivotal moments.

A gifted storyteller, Splitt speaks in vivid detail about growing up in Wausau, Wisconsin, during the Great Depression. She can describe precisely how it felt to be one of the first women to serve in the US Navy, as a member of the WAVES (Women Accepted for Volunteer Emergency Service); or what Washington, DC, looked like during the World War II years.

Splitt was one of the first veterans to take advantage of the educational benefits provided by the GI Bill, signed into law in 1944. Without it, she says she could never have afforded tuition and room and board. It also included a $65 monthly allowance for Splitt, most of which she sent home to Wausau: “I’d sit in the old Law School basement, eating my lunch of bread and peanut butter every day. After supporting my ill mother, it was all I could afford,” she says.

One of five women in her Law School class, Splitt recalls working hard to finish up her bachelor’s and law degrees at once. “There was no time for hanging out,” she said. “I had to finish five years of school work in just three years.”

Still, Splitt met and married her husband, Harley, before she earned her degree, and after she graduated, she moved with him to Appleton. She set up her own practice in family law and estate planning — the second woman-owned law firm to open in Outagamie County — but lacking clients, she was forced to close after a year. Her first prospective client immediately walked out of her office after he realized “Cody Splitt” was a woman, she says.

At 66, an age when most lawyers are thinking about retirement, Splitt was still hitting her stride. By then she had reopened her firm, and her practice began to thrive. She was elected president of the Outagamie County Bar Association, making her the first woman in that position. When she retired from legal practice at 75, Splitt took a seat on the Outagamie County Board as a favor to a sitting board member who had suffered a stroke. She was elected to the board the following term, and she won subsequent bids for reelection until she resigned at 82. “I thought it was time for someone younger to come along and make a mark,” she says.

Now 95, Splitt says her goal is to stay interested and informed — and she hopes she still has something to offer.

Clearly, her colleagues value her continued contributions. Earlier this year, the legal community joined the Wisconsin Law Journal in honoring Splitt with a Lifetime Achievement Award at the journal’s 2015 Leaders in the Law ceremony.

She spoke recently about events leading to her entry into a long and successful career in the law.

“I was born in 1919 — the year Wisconsin ratified the 19th Amendment, granting women the right to vote.

Right away in 1920, my mother became very active in politics, advising on all the campaigns. In those days, we didn’t have the television to learn about the candidates, so people would call my mother to ask her whom to vote for. Growing up, as far back as I can remember, I helped her with every political campaign. 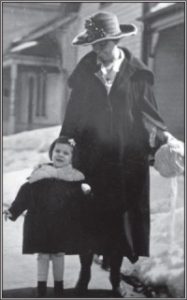 All the lawyers were gentlemen

My mother — Anne Monahan Wendt was her name — raised me by herself. During the Depression, there wasn’t any money, even to go to a movie. My mother used to suggest instead that I go to the county courthouse to watch the lawyers. Like now, how people watch Perry Mason on the television. Well, I went down and watched the lawyers, and it was quite a show. I was enchanted.

I’d come home from the courthouse and say, ‘That’s what I want to do. I want to be a lawyer when I grow up.’ And my mother never pointed out that the lawyers were gentlemen, because they were all gentlemen in those days. Later in life, she would tell me, ‘There isn’t any reason in the world you can’t be a wife and a mother and a lawyer, just as a man is a husband and a father and a lawyer.’ In a way, she just sort of steered it.

The courage of the Irish

After I graduated from the high school in Wausau and took some college classes through the Wausau Extension, I decided I’d better find a job. So I moved to Milwaukee, where I worked for Schuster’s department store and was put in charge of training. I’d train a whole bunch of people from Schuster’s three stores, about 100 at once. By this time, the war had been going on for a whole year.

One day I got the saddest news. Two of my friends who had gone into the service, boys I sat between in school, were missing in the war and possibly dead. 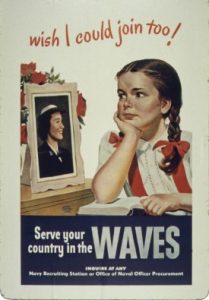 I went to my boss, Miss Sykes, who was head of all of personnel for Schuster’s, and told her I just had to join the navy. Of course, she didn’t want me to go, because with all the guys leaving for the war, she could have gotten me promoted. But when God-knows-what had happened to my two buddies from high school, I had to do what I could do.

The day I left from the old Wausau train station, everyone around me was heading out to serve, and they were all crying their heads off. And I said, ‘Mom, Mom! What am I doing? I need to stay!’

‘All you’re doing is crossing a few state lines, and you’ve crossed them before,’ my mother said.
‘You just be a good girl. If you don’t like it, you write to me, and I’ll get you out of there.’ I can remember every word she said for 70 years and more, my mother. She was 100 percent Irish, and she had all the courage of the Irish. She passed it on to me, too, thank God.

From Wisconsin to Washington

I was in the first boot-school class in the WAVES at Iowa State Teachers College in Cedar Falls, Iowa. And what we did in boot school was we marched. We were getting ready physically to serve, and we also learned about the history of the navy, and they gave us all kinds of tests to figure out where they would be using us.

When I finished boot school, I learned I was to go to Wright Patterson Air Force Base in Ohio. Because of my strong interest in politics, I told the officer, ‘That’s lovely, but I really would like to go to Washington, DC. What do you suppose?’

I remember her to this day: she had red hair, and she was darling. WAVES with red hair looked wonderful in the navy blue uniforms — lovely. I wanted it, too, but there was no dye to be had in the war.

‘Only the trained secretaries are being sent to Washington,’ the officer told me. So I got myself a shorthand notebook and hid it under the covers of my bed. After lights out, I’d work away in the night, doing my best.

What didn’t happen in Washington? 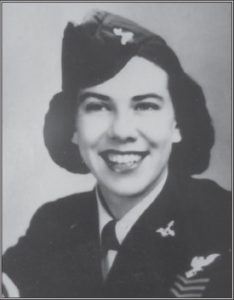 When I first got to Washington, they assigned me to naval intelligence, where we worked on the Japanese code, what little we were given clearance to work on. I was later reassigned to personnel and put in charge of three buildings, each with 200 women in it. The main thing I did was to keep their morale up — and it sure did my morale good, too. I took them to anything and everything that was happening in Washington. If there was a change in the exhibit at the National Art Gallery, I’d take a bunch there. If there was a decision day at the US Supreme Court, I’d take a bunch of them there. If it was opening day of the Congress, I’d take them to see the Congress opening. Whatever was happening, we were there.

Whenever we’d get back from an outing, the women always said, ‘Tell me where we were, who we met. Write it down.’ Because I would say to them,‘Someday the war will be over, it’s bound to be over, and someday you’ll be mothers and grandmothers, and you’ll be able to tell the children — like I’m telling you today — about all the people you met and all the things you did.’

You asked me what happened in Washington? What didn’t happen in Washington? It was everything, every day. The war was going on, and Roosevelt was running it, and Churchill was coming over from London. When Roosevelt was sworn in for his fourth and last time in office, I was right below him, standing on the grass at the Capitol. Another time, Roosevelt came back from his meeting with Stalin at Yalta. I was lucky enough to be in the gallery when he reported on the trip in Congress, which is in all the history books.

A date with a major

He was startled. ‘A woman in law school? I wonder whether that’ll apply to female veterans?’

And of course it did. But guess what? He never asked me out again. I got to go to law school, but I never got another date with a major!

When the war ended, I thought to myself, ‘I’ve looked, and I’ve learned so much. And I think it’s my turn now to fill my hands and hope someone can find something in them to take from them.’

I knew I was headed back to Madison and to law school. Then I’d have some training, and I’d have something that I could give. If I hadn’t gotten the GI Bill, which I never expected when I joined, I wouldn’t have enjoyed this whole wonderful life I’ve had — law school, and all the wonderful people I’ve known, even my husband, Harley, I wouldn’t have met. The day that I was admitted to the navy was the turning point of my life.

I was in the navy, you see, from the day the WAVES formed in 1942 until Thanksgiving night in ’45, so I was in almost the whole war. The day we were to take the train home from Washington, all the cooks stayed on to serve us a Thanksgiving dinner. It was my last meal in the navy.

Then, the naval officer ushered us all out, took a last look at the bunch of us, and said, ‘Ladies, well done.’

And the next minute, we were civilians.”