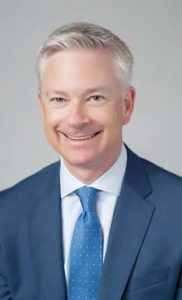 John Miller ’06 Appointed to UW Board of Regents

Governor Tony Evers appointed John Miller ’06, the founder and principal of Milwaukee-based Arenberg Holdings venture capital fund, to the UW Board of Regents in February. “I began my career serving the public and believe that I have an affinity for helping government institutions better serve their constituencies,” Miller said in a statement. “With the onset of coronavirus and ever-present budgetary challenges, the university system is facing a profound set of dilemmas that require smart advocacy and adherence to the core belief that public universities must play a vital role in improving the health, quality of life, environment, and agricultural sector for all citizens of Wisconsin.” Miller also serves on the UW Law School’s Board of
Visitors. 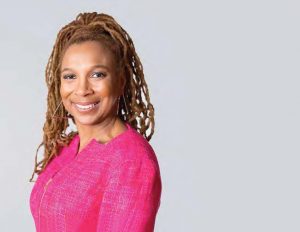 Professor Kimberlé Crenshaw (LLM ’85), the co-founder of the African American Policy Forum, launched “Under the Blacklight,” a webinar series that addresses the COVID-19 crisis through an intersectional lens. Crenshaw, who coined the term ‘intersectionality,’ launched the series in March 2020, and she has since moderated over twenty episodes, exploring racial disparities, financial and political inequities, and the power of narrative.

UW Law Graduates Among Wisconsin Women of the Century

When the Milwaukee Journal Sentinel named the most influential women in Wisconsin, two graduates of UW Law School were among those honored.

“Vel Phillips was a civil rights activist who smashed racial and gender barriers as the first Black woman to graduate from the University of Wisconsin Law School, the first woman to be elected to the Milwaukee Common Council, the first appointed female judge in Milwaukee County, and the first Black person ever elected to statewide office in Wisconsin. As an alderwoman, Phillips drafted a strong open-housing ordinance, introducing it every 90 days between 1962 and 1967, and she marched with young members of the NAACP for 200 nights, facing down racist mobs who hurled threats, rocks, and feces. Her proposed legislation helped inspire the national Fair Housing Act, approved in 1968. One month later, Milwaukee finally adopted her legislation, which was stronger than federal law.”

“US Senator Tammy Baldwin is a woman of many firsts. Baldwin, a Madison Democrat, was the first Wisconsin woman elected to the US House and later the US Senate. She has also made history as an openly gay woman. In 1998, she became the first openly LGBTQ woman elected to Congress. Then, in 2012, she became the first openly gay person to be elected to the US Senate. Baldwin has talked often about being a recent college graduate in Madison who was inspired to pursue a career in politics in 1984 while watching Geraldine Ferraro take the stage at that year’s Democratic National Convention. She has said that while watching Ferraro’s speech, she teared up and told herself, ‘I can do anything.’”