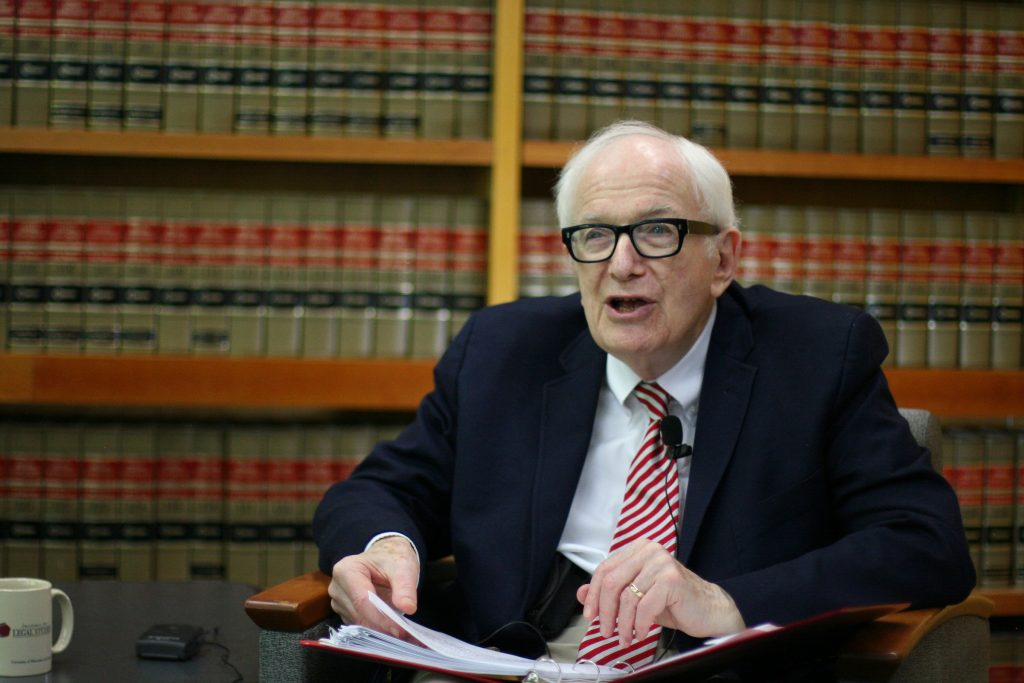 A new book showcases the work of Stewart Macaulay, the University of Wisconsin Law School professor known for pioneering the “law-in-action” approach to contracts.

Stewart Macaulay: Selected Works — edited by the leading British contracts scholar David Campbell — highlights Macaulay’s six decades of contributions to contract theory and to the sociology of law. The book contains some of Macaulay’s best-known research, as well as more obscure publications.

Included in the book is Macaulay’s 1963 landmark work, “Non-Contractual Relations in Business: A Preliminary Study,” which would become one of the most cited in the law and society canon. Macaulay is also known for Contracts: Law in Action, the casebook that has been read by generations of law students at UW and elsewhere since its first publication in 1995.

In one of two introductory essays appearing in Selected Works, University of Minnesota Law Professor Brian Bix writes, “Macaulay has taught contract law scholars many things: to focus on practice not theory, on relationships not models, and on the power and politics behind everything.”

Elizabeth Mertz, a University of Wisconsin law professor, co-wrote a second essay with Stanford University’s Lawrence Friedman, “Law in Reality, Law in Context: On the Work and Influence of Stewart Macaulay.”

Stewart Macaulay: Selected Works was published by the Switzerland-based Springer press in October.