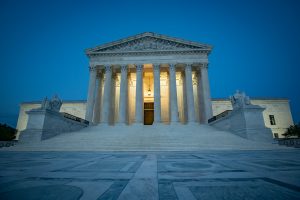 Long after the Trump administration moves from headlines into the pages of history books, President Donald Trump’s impact on the nation will remain firmly entrenched in the US Supreme Court. His nominations of three conserva­tive justices to the nation’s highest court cemented a right-wing majority that will endure for decades. Or will it?

“Congress controls the Supreme Court’s size by statute, and you can weaponize that power by chang­ing the size of the court,” notes Assistant Professor Joshua Braver, whose research explores the inter­section of constitutional law and political theory. Braver, who joined the Law School in June, recently published an article titled “Court-Packing: An Amer­ican Tradition?” in the Boston College Law Review.

The topic is timelier than ever as President Joe Biden plans to form a commission to study court re­forms. Some Democrats consider the controversial tactic of court-packing as the logical remedy to fix what they see as Republicans’ theft of two Supreme Court seats — first because of Senate Republicans’ refusal to confirm Merrick Garland nearly a year before the end of President Barack Obama’s second term and then by their rush to confirm Amy Coney Barrett just days before the 2020 election. 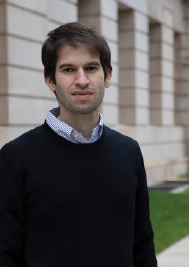 Would expanding the court lead to a more bal­anced court? Or a decidedly liberal one? And what’s to stop Republicans from immediately rolling back the changes or packing the court even more the next time they have control of the White House and Congress?

Court-packing is “almost unprecedented” in American history, and for good reason, Braver says. “I think it’s a very good idea if you care about the survival of the Supreme Court and its legitimacy to use less lethal options first and think about wheth­er they can work before turning to something like court-packing,” he says. “Why use a nuclear weapon when you can use something that has less collateral damage?”

The history of a fluctuating court

The US Supreme Court has changed in size seven times during its history, beginning with six justices and ranging from five to ten before settling at nine justices in 1869. Some of the early changes were related to the addition of circuit courts to accom­modate the then-growing United States during a period when US Supreme Court justices also served on circuit courts. Four of the changes constitute court-packing, Braver says.

The first attempt was in 1801, when outgoing President John Adams rushed to replace a retiring justice and then his Federalist allies in Congress passed a law to shrink the court at the next va­cancy to ensure that incoming president Thomas Jefferson wouldn’t get to replace a justice. But that attempt failed when the law was repealed by Jefferson’s allies the next year. Then in 1866, the

“People were really afraid that you’d be permanently damaging the Supreme Court: You pack, I pack, and then what? How can you attack a Supreme Court that you don’t like without destroying its legitimacy?”

Republican-controlled Congress voted to shrink the court to prevent President Andrew Johnson, who opposed Reconstruction reforms and was loathed by both political parties, from filling any vacancies. The court was returned to nine justices when Re­publicans won the presidency in 1869.

The nation’s last court-packing attempt was in 1937. President Franklin Delano Roosevelt, frus­trated as the Supreme Court’s conservative major­ity struck down major elements of his New Deal, threatened to add six more justices. The Supreme Court then upheld FDR’s minimum wage law, prompting the Senate to block it and giving rise to the phrase “the switch in time that saved nine.”

“The traditional narrative is that even though Roosevelt lost the battle, he won the war,” Braver explains. But Braver is skeptical that this narrative is accurate: Evidence indicates that the court was ready to rule minimum wage constitutional before Roosevelt announced his plan and in response to other less devastating threats by Congress to curb the court.

But do those failed past attempts at court-pack­ing mean that expanding the court won’t work now? Not necessarily, Braver says. “History doesn’t repeat itself and traditions don’t bind; they’re only there to help us think through the present,” he says. “It’s hard to know what might happen in this situation. But history suggests there’s a heavy burden of pre­sumption against court-packing.”

Court-packing has always been a controversial tactic, which is why it’s rarely attempted, Braver says. “People were really afraid that you’d be permanently damaging the Supreme Court: You pack, I pack, and then what? How can you attack a Supreme Court that you don’t like without de­stroying its legitimacy?”

Congress does have other options, including stripping the court’s jurisdiction over a statute or preventing the court from meeting for a year. Both approaches have been used before.

“The difference between those measures and court-packing is they are reversible,” Braver says. “It doesn’t have that tit-for-tat kind of escalation. In other words, while court-packing perverts the court, these other measures curb rather than colonize.”

Other proposed court reforms include imposing term limits. The highest courts in other countries don’t typically have lifelong terms.

“The life term is very aberrational,” Braver says. “Most liberal and conservative law professors think it’s a bad idea, and there has long been bipartisan support to reduce it to eighteen years.”

Adding to the complexity of any possible re­forms: Polls show that a majority of Americans trust the Supreme Court more than the other branches of government.

“The Supreme Court is an extremely popular institution,” Braver notes. “The very moment that Democrats are trying to change it is when it’s at a 10-year high of its popularity. Chief Justice John Roberts has been really adept at giving things to both sides.”

But that change would require amending the Constitution, and there is debate about whether that change should apply to only future justices or also sitting justices, and whether justices should have the option to continue to serve on lower courts at the 18-year mark. “There’s a lot of excitement about 18-year terms, but a lot of disagreement about how you would achieve that change,” Braver notes.

While the Supreme Court might dominate head­lines, many in the legal field are more interested in expanding the overloaded lower courts to address the backlog of cases. “There’s a strong case to be made for expanding the lower courts,” Braver says. “There’s a history of it. The last time it was done was under Bill Clinton, and Jimmy Carter made a very, very big expansion of the courts. But it was a less partisan, much less polarizing era.”

Braver thinks that even with unified govern­ment, reform is unlikely, though not impossible. “Conservative Democrat Joe Manchin of West Virginia is the key pivotal vote in the Senate and has ruled out packing the court and abolishing the filibuster,” he says. “He might be amenable to some kind of reform, but the problem is that given his margin of victory in the last election shrunk dramatically, he is unlikely to stick his neck out on a touchy issue like this without some kind of Republican support.”