How a law professor balanced fiction writing and his day job 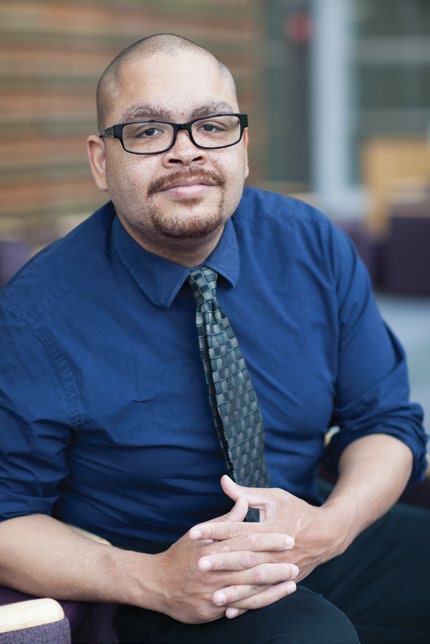 The Coyotes of Carthage, Professor Steven Wright’s debut novel on the power of dark money in local politics, came out this spring. The book follows political consultant Dre Ross, who is given a last chance to redeem himself after an embarrassing loss on the campaign trail. Sent by his boss to a rural South Carolina county, Ross leads a dark money campaign to trick citizens into selling public land for toxic mining.

Receiving critical acclaim from The Washington Post, Salon, Library Journal, and USA Today, the novel made many summer reading lists. Author John Grisham wrote, “With this splendid debut, Steven Wright announces his arrival as a major new voice in the world of political thrillers. I enjoyed it immensely.”

Wright says his work experiences informed his writing. He is co-director of the Wisconsin Innocence Project (WIP), based at UW Law School, and also holds a lectureship in UW’s creative writing program. Prior to joining the faculty, he served as a trial attorney for the US Department of Justice’s Voting Section.

Before the pandemic, you were slated to go on a multi-state book tour. What was the shift to virtual readings like for you?

When the book tour moved online, honestly, I got lucky. The support I received from independent bookstores and libraries made the transition easy and seamless, and thankfully, these events saw solid turnout.

Traditional book events have limitations: for example, the space is only so big and people have to show up in person. The online world offers fewer — or perhaps different — restrictions. We launched the book from Madison, kicking off the virtual book tour at the Wisconsin Book Festival. Everyone important in my life was there. My parents in Arkansas attended. My sister in San Francisco attended. My law school classmates attended. My agent in New York attended. Former colleagues from the DOJ in Washington, DC, also attended, as well as students and colleagues from the Law School. This couldn’t happen in a traditional brick-and-mortar book event. And I was so grateful to launch the book with so many friends and family.

You serve as co-director of the Wisconsin Innocence Project. How does the work you do in WIP compare to your creative writing work?

Much of innocence work is fact intensive. Our team — especially our students — spend a lot time investigating new pieces of evidence, like recantations and DNA test results. This new evidence permits the team to better understand how someone is wrongfully convicted. Then comes the hard part. We have to explain the new evidence to the court. We have to persuade the court that this new evidence is strong enough to undermine a jury verdict. We also often have to show how these new facts undermine the state’s theory at trial.

Judges, like most people, understand facts in the context of a larger story, making skills such as narrative construction very important. Obviously, the narrative presented to the court must be rooted in facts.

In fiction, I have no such obligation. In all honesty, the innocence narratives are much easier to write. The students and I develop the facts, and, like a puzzle, we have to assemble these facts into a clear picture. Fiction, however, has no constraints, which is less a blessing and more a curse.

Could legal writing benefit from a more creative writing approach, and what would that look like?

So, this question is important, and I think a lot about the answer. I feel that legal writing has many rules. Some legal writing rules — the near uniform structure of appellate briefs, for example — make a lot of sense. Judges should be able to grab a brief and to navigate it easily. From my own clerkship experience, I know that readers can have a hard time engaging with a brief that deviates from the traditional structure.

But I also know that litigators often require briefs and motions to share the same voice. The brief has to sound like all other briefs. We create silly rules. The no-contractions rule, for example, drives me crazy. These requirements raise several important questions, including whether the appellate bar, for example, is inclusive for new lawyers, especially new lawyers of color, who might want to write and share their own voice.

Creative writing, especially at the upper level, focuses on voice in narrative, and, to write briefs and motions, I’ve worked hard to develop my own voice. I’ve used my creative-writing experience to develop that voice. 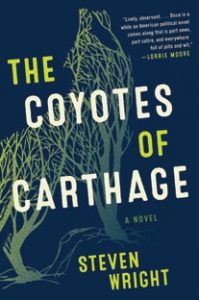 Of the themes your novel explores, what do you hope most resonates with readers?

I don’t really like when authors tell the readers how to read a book. So, I hope, on one level, a reader can enjoy the book as a fast-paced thriller. But I think some readers will appropriately read the book as a cautionary tale.

The novel explores several themes: race, the criminal justice system, the role of money in politics. Above all else, I wanted to consider the role of local governments. The pandemic and the George Floyd protests have exposed the importance of local government. County councils set pandemic rules. Mayors and prosecutors and sheriffs respond to the protests. And my DOJ experience taught me that local elections are especially fragile. These elections are particularly sensitive to dark money, and the turnout in these contests is absurdly low.

What was the most challenging thing about writing this book?

I recently met author Kevin Wilson, who wrote the outstanding novel Nothing to See Here in about two weeks. My novel took four-and-a-half years. I wrote six days a week. Looking back, I’m surprised I had that kind of discipline. I’m really proud of my novel, and I’m grateful for the strong critical reviews. But I am constantly asking myself whether I spent way too much time writing. Kevin wrote a better book in a shorter amount of time.

How did you balance the demands of your day job with writing six days a week?

This novel would not have happened without the support of the University of Wisconsin. I started the novel in my Masters of Fine Arts program, here at Wisconsin. I received such encouragement from the creative writing faculty: Lorrie Moore, Lynda Barry, Judy Mitchell, Jesse Lee Kercheval, and Ron Kuka. At the Law School, from day one, my friends and colleagues were enthusiastic about the novel. But most of all, this book owes a debt to our fabulous law students. I could not have imagined Brendan, the character who emerged as a fan favorite, without them. He’s bright, funny, and earnest, which is exactly how I describe our students. Indeed, some of Brendan’s best lines come straight from conversations with 1Ls and 2Ls.