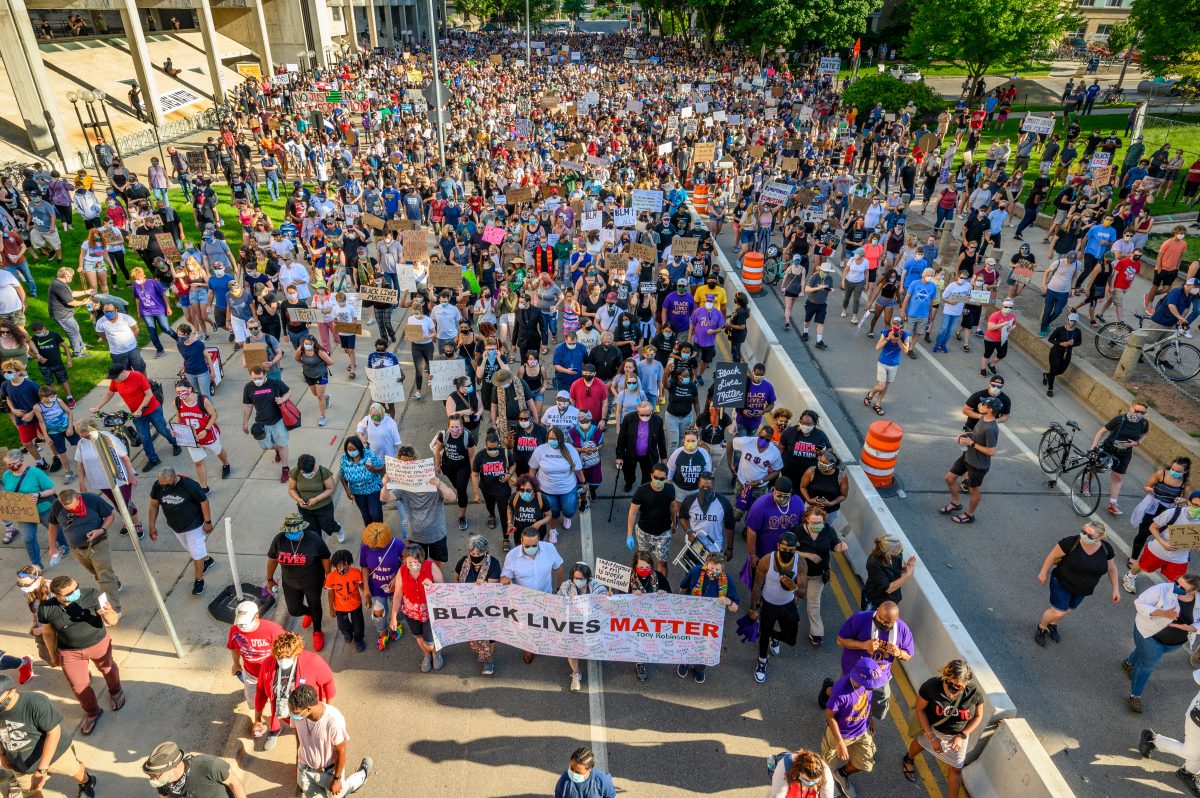 “UW Law’s Black Law Students Association is giving Marquette University Law School and the University of Wisconsin Law School the opportunity to do the right thing.” 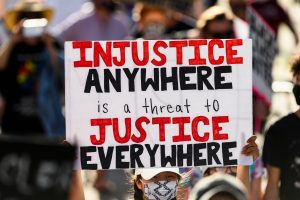 In the days after George Floyd’s killing by a Minneapolis police officer, members of the Black Law Students Association (BLSA) at the state’s two law schools came together to issue this charge to their deans: they asked for a public statement condemning police use of force around the nation; staffing devoted to diversity and inclusion; implicit bias training for faculty, staff, and students; funding for identity-based groups; and regular meetings with the dean.

Floyd’s death came just a few weeks after Breonna Taylor, a 26-year-old emergency room technician from Kentucky, was fatally shot eight times by police entering her home in the middle of the night and looking for someone else. And before Taylor’s death, Ahmaud Arbery was pursued and killed by three white men in Georgia while he was out jogging. In response, Black Lives Matter protests swelled in Madison and elsewhere with activists calling for criminal charges against those culpable in the deaths of the three victims, all of whom were unarmed and all of whom were African American.

At UW Law School, BLSA students addressed allies in an open letter, saying that repeated outcries from the Black community had done little to reform generations of racist policing around the nation. The cycle of police violence continues, institutional racism goes on, and they are feeling the burden, they wrote.

“We are exhausted. We are tired of continuously explaining why we matter and why you should care about our success. We are hurting as a community and we need your help. As our allies, this is the time to show your support by voting, protesting, donating to bail funds, educating yourselves, and having difficult conversations. We need proactive change, not hollow statements and empty promises. The status quo — and your complacency — are killing us.”

In a letter, Dean Margaret Raymond promised “to honor not just the idea but the reality of justice.”

“Our Black students — and indeed our entire LEO community — are important and powerful participants in our learning and practice community. They need our support,” she wrote. “The Black community in Madison needs our engagement and support as well. I invite other law schools to join us in initiatives and commitments that support our students of color and address systemic racism.”

Raymond said she is working with incoming Dean Daniel Tokaji, who also pledged his support, to address systemic racism within the institution and the profession. A working group of faculty, staff, and students has formed to gather ideas and plan for and implement changes.

“We should all be proud of our students’ initiative and thoughtfulness. These students are amongst our finest, and I’m confident they will serve our nation well as the next generation of outstanding thinkers and leaders.” — Professor Steve Wright, Wisconsin Innocence Project co-director, on forwarding BLSA’s Call to Action to UW Law School faculty and staff

“What our white allies need to understand is that there is no rest. There is no rest. Those who believe in freedom can’t rest. I can’t sleep at night. I can’t have peace of mind … And I promise you, whatever we think we are creating, if we don’t ingrain a pro-Black ethic into our policies and reforms, we’re going to be doing this over and over again.” — The Hon. Rev. Everett Mitchell ’10, speaking at a Madison365 panel on criminal justice reform

“The calls for dramatic reform are thought by many to be extreme. I think a good starting point is recognizing how extreme our current system is. Doing the same thing is extreme, and making minor changes is extreme.” — Professor Ion Meyn, discussing the movement to abolish police departments in Wisconsin Examiner

“We march — y’all mad. We sit down — y’all mad. We speak up — y’all mad. We die — you’re silent.” — Yolanda Woodard ’88, leading the June 10 Public Defenders for Racial Justice Rally in Madison “The words that people are saying are coming from a place of hurt, are coming from a place of wanting to be equal. That’s all people want, to be treated equally.” — Mario White ’08, Dane County Circuit Court Judge-appointee, at the Public Defenders rally, after reading the names of Black people who had been killed by police officers

“BLSA, MELSA, and other LEO groups are doing amazing work. Aside from countless hours put in at local protests, BLSA petitioned the Law School to change, highlighting key points that we as a community need to address. We have not created a space or a culture that allows students of color to feel heard, and that needs to be remedied immediately. I have loved my experience at UW Law. I’ve felt welcomed, supported, and appreciated by faculty. But until that is a reality for every student, there remains a lot of work to be done.” — Maddison Stallman, rising second-year UW Law student

“Make no mistake, the police didn’t get this way on their own. Yes, the world is blaming the police right now, but the entire criminal justice system is complicit. To quote one of my favorite police philosophers, ‘we get the police we want.’ Judges, lawyers, the legal community — we’re all in this.” — Michele Lavigne, professor emerita, in communication with the Restorative Justice group at Fox Lake Correctional Institution

“This change cannot be born on the backs of Black people. We did not create this problem. It’s not our problem to fix or solve, so don’t yoke Black people with trying to fix this.” — Cory Nettles ’96, Generation Growth Capital, Inc., on achieving equity and justice in the corporate world

The pain and resolve expressed in BLSA’s June 4 Call to Action, Written in Response to George Floyd’s killing, could be witnessed on Madison’s streets. This is an abbreviated time-line of local activism over 30 days.

HOW TO LEND SUPPORT

Members of the UW Law community can support UW BLSA specifically by reading their Call to Action and signing their petition at http://chng.it/TnByLRDQ

BLSA also asks that allies donate to Bail Funds, such as Free the 350 Bail, join in Black Lives Matter protests, learn about the issues, and vote for change.