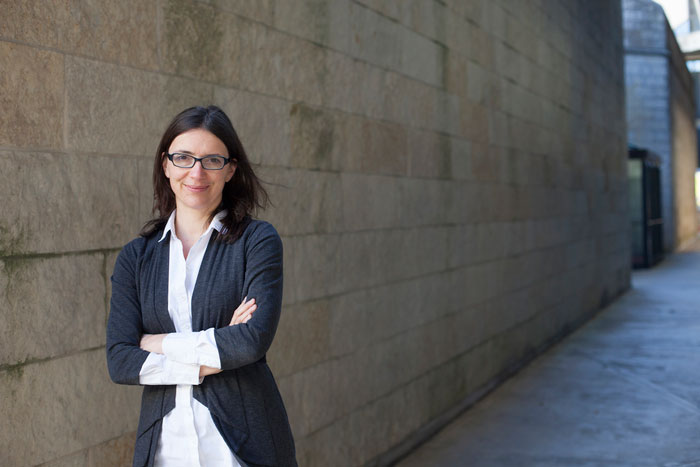 Professor Alexandra Huneeus, a leading authority on human rights law in Latin America, will soon put her expertise into action through a peace court in Colombia. Huneeus was one of ten foreign expert jurists recently selected to serve on Colombia’s Special Jurisdiction for Peace (JEP). The new tribunal will review war-related crimes in the wake of the Colombian government’s historic peace deal with the Revolutionary Armed Forces of Colombia (FARC). FARC began in the 1950s as a communist rebel group that hoped to create a better Colombia.
Along the way, it got involved in drug trafficking to fund what would become a bloody civil war.

“It was the longest-running war in our hemisphere, and one of the longest running wars in the world,” explains Huneeus, the director of UW Law’s Global Legal Studies Center. “There were an estimated eight million victims between those who were killed, tortured, or displaced. So it’s a very significant peace that’s been made in the Americas.”

The peace negotiation was not easy, and neither is the work ahead. The JEP must deal with crimes that were committed on both sides of the conflict. Prosecuting past crimes will make building unity among the previously divided factions challenging. “At the same time, for victims, it’s difficult to say, ‘You killed my son or husband and now we’re going to let it go,’” Huneeus says. “And it’s illegal in international law to pardon certain crimes—you can’t just pardon genocide.”

To deal with the crimes, the Colombian government agreed to create the JEP, an autonomous entity with fifty Colombian judges who aren’t part of the regular judiciary. Huneeus and her fellow foreign jurists will consult with the JEP as needed. The court may last up to fifteen years, depending on how long it takes to process the war crimes.

“It’s an extraordinary time,” she says. “The peace has been very controversial, and they really wanted to be careful about who they named to the court so no one could be accused of bias. That way the FARC, the military, and the people of Colombia would all feel secure.”

Five international and national entities each recommended one person for the selection committee, who then interviewed and chose the court’s jurists. Huneeus, who is originally from Chile, was in Colombia doing fieldwork when the treaty was being negotiated, and she began to investigate the role of the international courts in the peace process.

When a Colombian colleague suggested she apply to serve on the new peace court, she decided to try. “I focus on empirical research on the role of human-rights law. But the more I learned and wrote about Latin American human rights law and institutions, the more I have been drawn to participating and contributing in some proactive way,” she says, “which is, of course, what the law-in-action ideal is about.”

The JEP officially launched in mid- March, but uncertainty remains because of a constitutional court challenge on how, exactly, foreign jurists should be allowed to participate, and a presidential election that could affect how the peace treaty is implemented. “It’s so uncertain and so political and so polemical,” Huneeus notes.

In April, she spent a week in Colombia for a retreat with her fellow JEP jurists to discuss procedures and how the court should prioritize its massive caseload. “With 8,000 victims, it was hard to come up with what would be a wise and equitable way to handle those cases,” she says.

Deciding what to prosecute and what to pardon will be another challenge.

“You can’t amnesty crimes against humanity, but the state does have the power to not prosecute lesser crimes,” she explains. The problem is distinguishing which crimes were committed in connection with the conflict. For example, it can be hard to discern if a coca grower was using the profit for the conflict, or for personal gain.

“Those are going to be really tough questions,” Huneeus says. •