Troy Vosseller and Joe Kirgues are among the nine young graduates of the University of Wisconsin-Madison being honored with the 2015 Forward under 40 award, presented by the Wisconsin Alumni Association. 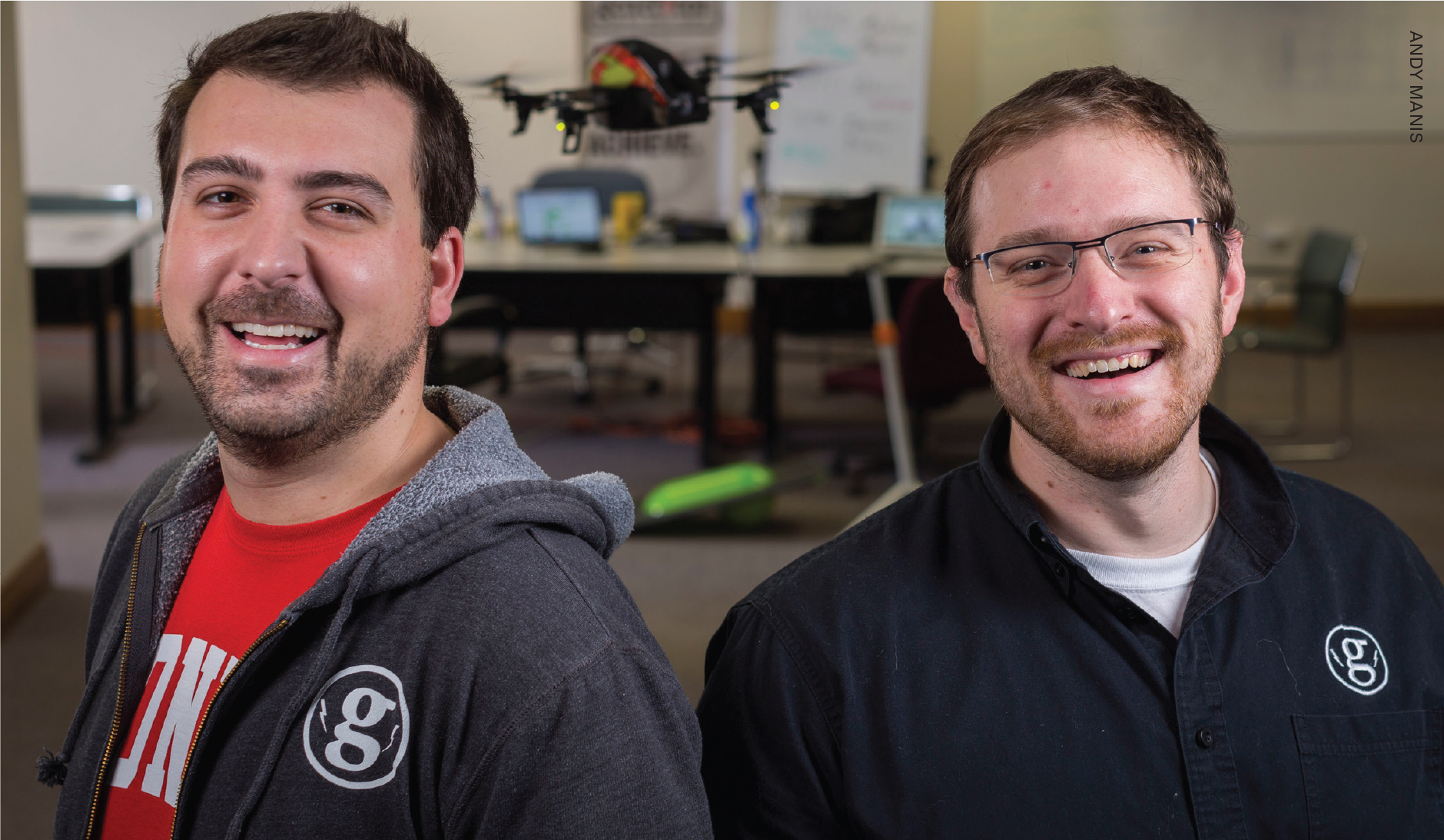 Vosseller and Kirgues achieved early success in their own careers: Vosseller turned Sconnie Nation, the apparel company he co-founded in his freshman dorm room, into a bustling storefront on Madison’s State Street and a recently launched beer line; and Kirgues worked at the prestigious law firm Quarles & Brady before joining 94labs, an angel-investment and seed incubator.

But after their paths crossed through the Law School’s Law & Entrepreneurship Clinic, Vosseller, Kirgues, and three other partners decided to team up to help other entrepreneurs. Now they run gener8tor, a startup accelerator program that operates in Madison and Milwaukee.

“There’s no better feeling than seeing someone engaging with something you created,” Vosseller says. “Whether that’s seeing a random person wearing a Sconnie T-shirt on the street, or watching an entrepreneur that you invested in growing their business from scratch to millions of dollars in revenue with thousands of happy customers and employees.”

Since its founding in 2012, gener8tor has helped launch more than 30 companies, creating more than 250 jobs and importing tens of millions of dollars in venture capital into Wisconsin. It’s already ranked among the top 30 seed accelerators in terms of funding, according to Seed-DB, a database of more than 200 seed accelerators around the world.

Inspired by the Law-in-Action philosophy they learned at UW Law School, Vosseller and Kirgues decided to take a different approach from the usual venture system: syndicating with out-of-state investors through the Badger alumni network instead of only local investors; focusing more on finding the best people instead of the best technology or intellectual property; and structuring investments to be entrepreneur friendly instead of investor friendly.

“We believe that we win when the entrepreneur wins,” Kirgues says.

Vosseller adds, “We never take any control of the companies we invest in: no board seats, no preferred shares, no liquidation preferences. We’re always on the side of entrepreneurs, advocating for their best interests.”

Now the pair is excited to use an additional $2.2 million from gener8tor Fund II to grow gener8tor even further, and they aspire to become a top-10 accelerator program.

“Troy and Joe have made significant contributions to shape the vibrant startup community in Wisconsin,” says Law School Dean Margaret Raymond. “Despite the economic downturn, Troy and Joe have worked tirelessly, and successfully, to support Wisconsin entrepreneurs.”