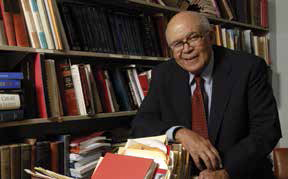 Professor Emeritus James E. Jones has been inducted into the Lincoln University Alumni Hall of Fame.

UW Law’s first black professor, Jones retired from teaching in 1993, yet his impact is still felt. Notably, he developed the William H. Hastie Teaching Fellowship in 1973, a nationally regarded LLM degree program that prepares lawyers from historically underrepresented groups to become law professors. This pioneering program was the first of its kind and has been the longest-running such program in the country. In 2013, the Wisconsin Law Review commemorated Jones’s accomplishments with a series of tribute essays written by colleagues and former Hastie fellows.

Lincoln University established its Hall of Fame in 2000 to recognize its most prestigious alumni for their accomplishments. The 2014 honorees were inducted at a ceremony on July 12.